5 Things NOT To Say To Someone With Anxiety

Anxiety is a feeling of fear, dread and uneasiness that can cause someone to sweat, feel restless, tense-up and have a rapid heartbeat. If you have anxiety, you of all people would know what the best and worst things that can be said to you in times when your anxiety just hits out of nowhere. For those of you who know someone who goes through this, and you’re clueless over what not to say to that person, you are lucky, as we are here to guide you. Anxiety is more serious than you think, and at times when that person is already going through hell in their mind, adding on to that dreadful feeling is the last thing you would want to do. So here are 5 things you should NEVER say to someone with anxiety.

Oh Lord! I know you might mean well and think that if you say this, the person with anxiety can just reverse their thoughts into the complete opposite of what they are thinking or feeling. It’s not as easy as that. It’s not as simple as giving yourself a boost of positive thought when you’re feeling down. Anxiety ain’t that simple and it surely does not work like that. In reality, it’s not something that you can control with willpower and such. It is not an imaginary state and it doesn’t stop when you say ‘no’.

Anxiety is a neurological condition which develops in the mind but it’s far deeper than just feeling down and experiencing negative thoughts. I think by now you should know that anxiety is a mental disorder and telling the person that “it’s all in their head” and underplaying what they’re going through is just going to make it worse for that person. So please, do not say this to your friends that have anxiety.

2. Just Push Through It

Well, if they could, they would’ve done this a long time ago without having to go through all that anxiousness,  don’t you think?! I mean, if the problem is a light matter that can be solved instantly, or you’re just motivating someone that has given up, then, I guess you can say “Just push through it”. But for someone with anxiety, nope.  Never, ever say this.

Since anxiety is related to a person’s mental health condition, it is not easy for someone to pull themselves together whenever they feel like they should just push through it. In times like that, instead of telling that person to just get over it or push through it, try lending your ears to hear them out. People with anxiety can feel at ease if they share what’s happening to them or how they are feeling at that moment.

3. You’re Making A Big Deal Out Of Nothing

Oh boy! Another terrible thing to say to someone who is already dealing with lots. When someone you know is a major drama queen, then yes, by all means, say this to her or him. Or when little kids throw tantrums when they don’t get fed candy and fast food, then tell that brat “Stop making a big deal out of nothing”. But for someone with anxiety, it’s important that you know to avoid words that minimize or oppress the person’s feelings. It’s best that you acknowledge them and give your support to them.

Most times, when someone says “I know how you feel” to us when we are going through something, it makes us feel somewhat better that we are not alone in what we’re going through. But that isn’t always the case for people with anxiety. If you don’t suffer from anxiety, then you clearly do not know what they are going through, which is why you shouldn’t carelessly utter such words, even if you mean well, which we know you do. Let’s put it in a simpler way so you understand the concept of this. Would you tell someone who is suffering from cancer, “I know how you feel”? Of course not, unless you had gone through the same thing – but if you haven’t, it would not make sense for you to say something like that. Pretty similar when facing someone with anxiety. Even if you do not understand people with anxiety, which it’s okay if you don’t, just being present and listening to them is enough help for them.

5. Other People Have It Worse

Now, why on earth would you even say this to anyone at all? One thing we should keep in mind always is that everyone’s problems are their biggest challenge. And your challenge may not necessarily be similar to someone else’s. For example, when you are going through a moment in life when you are suffering financially and someone tells you “Well, at least you’re not homeless”, I don’t think that’s going to make you feel any better. Instead, it might make you feel worse than before. That’s how an anxiety-sufferer would feel when you tell them that someone else is going through more than you, or telling them to be grateful and such.

Anxiety is a mental illness and when we tell someone who suffers from that sort of illness that they should be grateful, we disregard the illness, as if it is not an illness at all. Naturally, people with anxiety are empathic to social issues and making such remarks to them can make their symptoms worse. Not cool man, not cool.

So, there you have it. Things you should never say to someone with anxiety. Hope this helps, and let’s all try to be good souls just by being around for those who need support.

For more on mental health, read these: 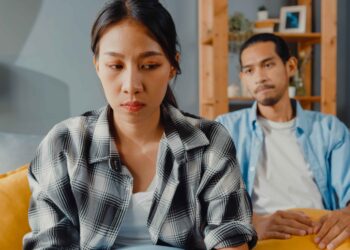 Work burnout is a very real and valid experience that every worker goes through when they fail to handle their... 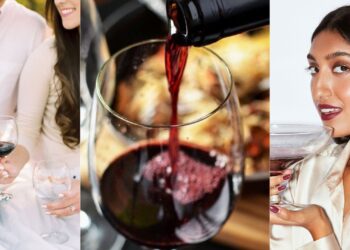 Wine For The Mind: The Mental Health Benefits Of Red Wine

There's nothing more relaxing than winding down with a glass of red wine after a long, tiring day. If you... 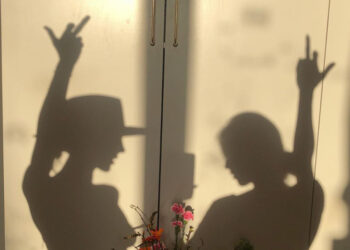 Living Positively, All Your Life: A 6-Point Guide

Happiness and optimism originate inside us, rather than from outside sources. We are magnetic. Love attracts love. Hate attracts hate....