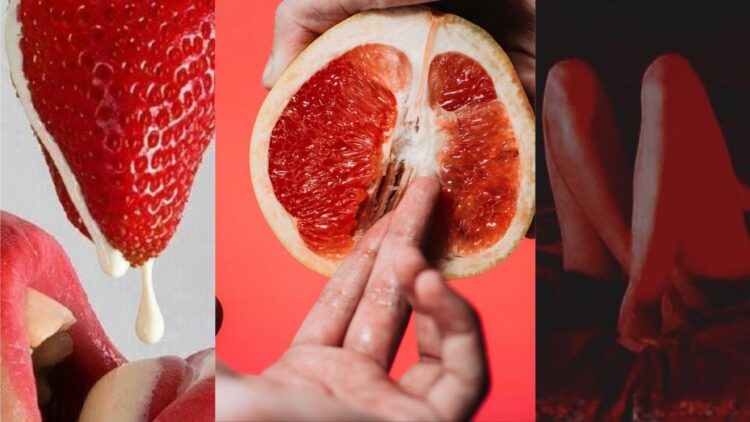 Some people are really out there fondling vaginas with unclean hands. Men and women, please remember that the vagina is sensitive and needs proper care. When the vagina comes into contact with bacteria, unwanted things could happen – like rashes, itchiness, redness and etc. So, no matter how steamy and hot the situation gets, before placing your hands down there, run to the washroom and just give your hands a good wash.

She’ll be thankful and even fall in love with you for being so considerate.

2. Know Your Way Around The Vajayjay

Don’t just straight up bombard her p*$$y. That can be a major turn off. Kiss your way down there, caress her body, play with her boobies, find her sweet spots and give her hickeys. All these actions are such turn ons for women, and they can instantly start getting wet and needy down there.

So, when do you actually start going further? When she starts being more pushy in her actions, that’s when. When she seems impatient, that’s the cue letting you know that she wants things to escalate. So, if you’re doing things right up until here, she will want more of you down there.

Women get wet when they’re turned on. The vagina becomes very moist, allowing penetration to take place. In some cases, women tend to need more lubrication. Don’t worry, it doesn’t necessarily mean she isn’t aroused – there are so many reasons why a woman might need external sources of lubrication. For instance, menopause, stress, hormonal imbalance, dehydration and medication are some of the causes of a decrease in the vagina’s natural lubrication.

So, always be ready with some sort of lube, just in case she needs it.

5. Start With The Clitoris

Put your focus on the clitoris and vulva. Stimulate that area by gently stroking it in a clockwise motion. Caress her labia. Play around with your speed – you may stroke it from slow to moderate and fast, and then get back to slow and moderate strokes again. Every time she is close to an orgasm, lower your speed because the fun hasn’t even started yet.

Palm rubbing: While stroking her clitoris with your fingers, stick your palm on her opening and gently press and wiggle around. This creates more tension and arousal down there.

6. Put That Mouth To Good Use

While your mouth is doing its job, your fingers mustn’t rest. Use your middle middle and index finger to gently stroke the opening on the vagina. Do not enter just yet, this is to tease her and let her know what’s next. Draw circles around the opening and stroke the labia.

That’s it – you’re all set! See ya later – and have a squirt-tastic time tonight!