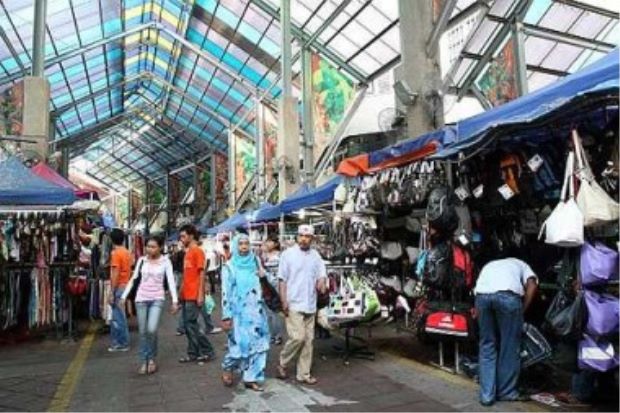 Masjid India’s Jalan Melayu Bazaar has long been a part and parcel of Central Market that is often frequented by foreigners and locals alike, but the government has decided to tear the bazaar down to make way for Kuala Lumpur’s own version of Oxford Street, similar to London’s.

According to Kuala Lumpur’s mayor Datuk Seri Amin Nordin, it will be a modern “open concept” bazaar. The decision was made following his visit to the bazaar when he thought it looked old and shabby. Though it was decided months ago, traders there are refusing to move out for upgrading works to begin.

He mentioned, “Bazaar traders don’t want to budge, shop lot owners on the other hand don’t want them to block their entrances.” They have also tried other efforts but to no avail as they do not want to compromise. As the upgrading works will result in road closures, traffic will be obstructed, which presents another issue.

The project is expected to be completed by December this year. We’re sceptical, but let’s just wait and see what they come up with..