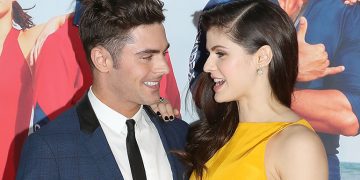 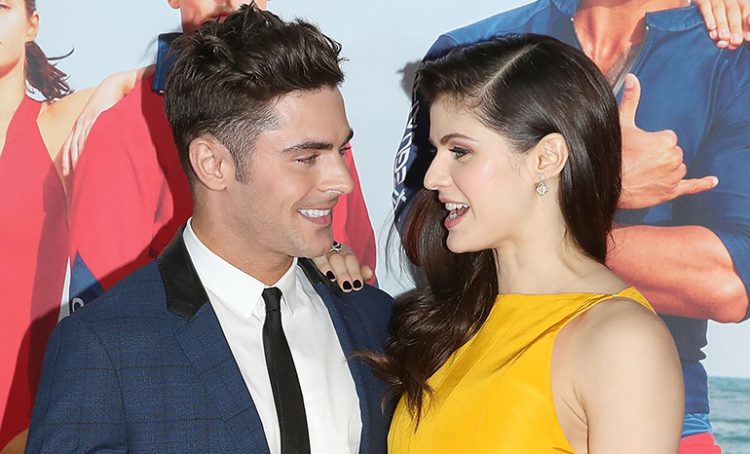 After playing love interests in Baywatch, co-stars Zac Efron and Alexandra Daddario have reportedly taken their romance off the beach. A source revealed that the duo have been seeing each other “on and off since their time working together on the movie last year, but they are not officially dating.”

Efron, 30, and Daddario, 32, were spotted doing some shopping for their dogs at a Los Angeles pet store on Wednesday. After browsing the aisles together, Efron helped the actress load supplies into the trunk of a white SUV. Alexandra Daddario addressed rumours that they were dating back in May, telling E!, “We work together closely; he’s my love interest in the film. I understand why people would go crazy over something like that, but Zac and I are very good friends.”

She then joked, “We would have very blue-eyed children, wouldn’t we?”

Happy birthday to one of the the most real, down to 🌎, stunning, intelligent, creative, loving, and most rare Pokémon ever created #alexdaddario

Earlier this month, Efron posted a gushing tribute to Daddario on her 32nd birthday, writing on Instagram, “Happy birthday to one of the the most real, down to 🌎, stunning, intelligent, creative, loving, and most rare Pokémon ever created #alexdaddario.”

Efron often likes and comments on Daddario’s social media posts, and even shared a throwback photo her took of her on bed while filming Baywatch. “Baywatch press. Smile. It’s contagious,” he captioned the photo of the actress grinning in bed.

The High School Musical alum has also made cameos on Daddario’s Instagram. In a recent post, the actor can be seen smiling in the background while she blows out the candles on her birthday cake.

Thank you to everyone for the birthday wishes and for donating to the Elizabeth Taylor Aids Foundation and Nothing But Nets for my birthday… and a special thank you to the Movado Group Foundation. @movado. It means so much to me!! ❤️thank you all xo

Efron previously dated model Sami Miró for two years before they split in 2016, while Daddario was reportedly last linked to her Percy Jackson costar Logan Lerman.