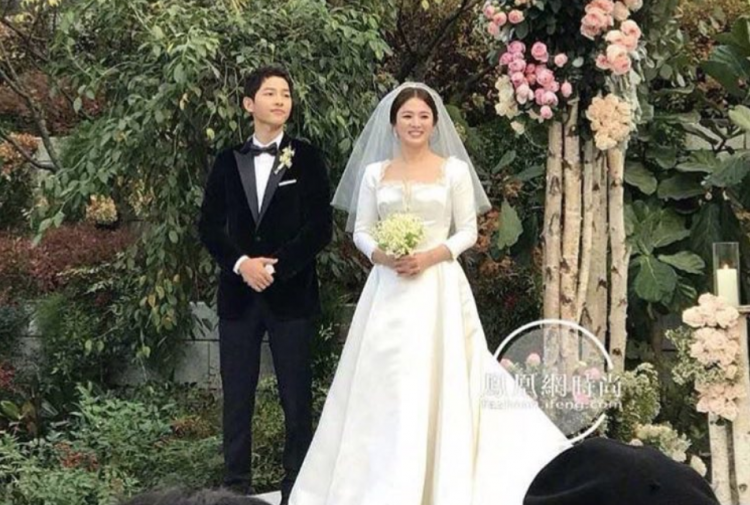 South Korean heartthrob couple Song Joong Ki and Song Hye Kyo from Descendants of the Sun have tied the knot today (October 31) after announcing the news earlier this year.

According to news reports, the wedding took place at and outdoor venue located in Shilla Hotel in Seoul, inviting up to 300 guests consisting of only close family and friends.

they look absolutely gorgeous together, here’s to the happy couple and their wonderful future! 🕊🏹 #SongSongCouplewedding pic.twitter.com/7NaIzHwE1J

The couple previously announced that there will be no wedding officiant and that Song Joong Ki’s long-time friend will be hosting the wedding.

News outlets revealed that the guest list included close celebrity friends of the groom such as Jo In Sung, Cha Tae Hyun and Park Bo Gum, and on the bride’s side, South Korean actresses Kim Hee Seon and Song Yoon Ah and actor Yoo Ah In.

The news was confirmed on October 30 when Blossom Entertainment, entertainment agency to Park Bo Gum and Song Joong Ki told the media that, “Actor Park Bo Gum will be playing the piano at the couple’s wedding.”

The moment when they receive blessings from each other’s parents. It’s indescribable. 💖 #SongSongCouplewedding pic.twitter.com/mPKU3l08F6

Images of the couple tying the knot have since been flowing all around the internet and fans were thrilled with the news, many congratulated the couple on social media. The newly wed couple is reportedly said to be flying over to Europe for their honeymoon.

Rumours of the two dating had been ongoing since the premiere of “Descendants of The Sun”, the drama that brought the couple together. However, the couple denied the rumours until they announced their marriage in July 2017.

Congratulations to the happy couple! <3 For more photos, just look up the hashtag #SongSongCoupleWedding on social media.