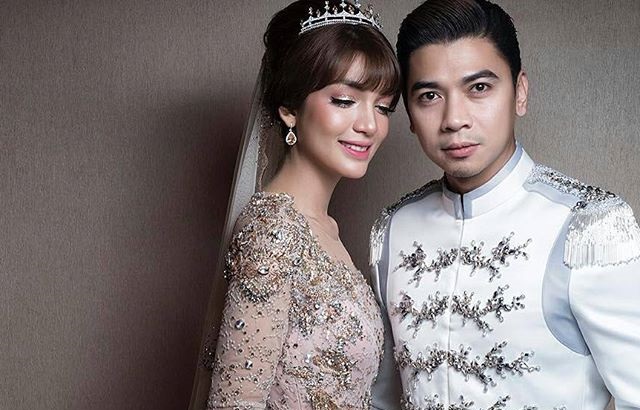 Amyra Rosli, the actress that greatly resembles Indonesia’s famous Nia Ramadhani who are famous for her role as the pretty villain in Bawang Merah & Bawang Putih, is going to welcome her first child with actor Amar Baharin.

“I’m so happy today. I’ve been smiling from ear to ear,” revealed the 31-year-old actor, “A few days after we got back from Australia, where we shot a programme, Amyra was experiencing stomach pains and vomiting,” he recalled.

The couple, who has been trying for a baby, decided to do a home pregnancy test but the results were unclear. “She went on working like normal but then the pain got really intense yesterday. I took her to the hospital and we did a scan. When we finally saw it and heard the baby’s heartbeat, we felt really grateful. There are a lot of people who have difficulties getting a baby,” he continues.

Asked why the couple chose to go public with the news so early in the pregnancy (he broke the news on Instagram almost as soon as they found out), Amar responds: “Our industry is really small. When I went to the hospital yesterday, there were people who saw us, and people who tweeted (about it) so I can’t avoid these things. We discussed with each other and we wanted to share this news when we got the doctor’s confirmation.”

The doctor has ordered for Amyra to get as much rest as possible as she is in her first trimester, which means her hosting and endorsement duties needs to be performed at a more relaxed pace.

Amar will be starring in 21-episode drama Jadikan Aku Yang Kedua, to be aired on Astro Oasis in April, marking the couple’s first time acting opposite each other since they tied the knot. “We get to go to work in one car and come home in one car which helps us save a lot,” he says with a laugh.