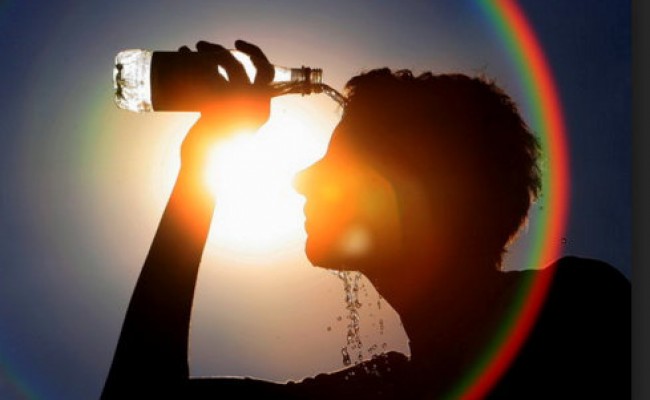 If you’ve been wondering why it’s been so hot this year, the World Meteorological Organisation has got the answers in regards to the sweltering heat.

2016 is forecast to break the record for the hottest year since records began in the 19th century, the United Nations’ weather agency said on Monday. Through October, global average temperatures were 1.2 degrees Celsius above pre-industrial era levels.

That’s getting very close to the limit set by the global climate agreement adopted in Paris last year, said the World Meteorological Organization (WMO). The agreement calls for limiting the temperature rise since the Industrial Revolution to 2 degrees.

“Another year, another record,” WMO Secretary-General Petteri Taalas said in a statement. “The high temperatures we saw in 2015 are set to be beaten in 2016,” he said.

The warming effects of the natural El Niño climate pattern increase this year’s temperatures. El Niño occurs when ocean temperatures in the central Pacific are warmer than average. But El Niño has been replaced by its cooler counterpart, La Niña, said the Climate Prediction Center last week.

The previous hottest year was 2015. The WMO said 16 of the 17 hottest years have occurred this century, the only exception being 1998, which was an El Niño year. NASA climate scientist Gavin Schmidt also said last month that there was a 99% chance that 2016 would end up as the warmest year on record.

Temperatures spiked early this year because of El Niño, which aggravated coral reef bleaching caused by water that is too warm, and a rise in sea levels. “Preliminary data for October indicate that they are at a sufficiently high level for 2016 to remain on track for the title of hottest year on record,” the organization said. That would mean that 16 of the 17 hottest years on record have been in the 21st century.

A study said last week that what’s considered a record warm year could be just another average year in as soon as 10 years if carbon emissions continue to rise at their current rate.

“If we continue with business-as-usual emissions, extreme seasons will inevitably become the norm within decades,” said study lead author Sophie Lewis of the Australian National University.