Python Found By Workers In Malaysia Believed To Be World’s Longest Snake! 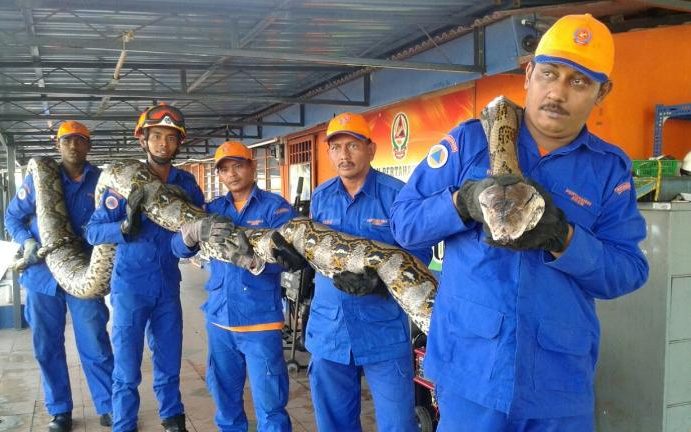 A huge python was found by workers on a construction site in Paya Terubong, Penang. Excuse me, but huge is an understatement! The python is believed to be the longest snake to ever be captured, estimated measure is more than 26 ft (eight meters).

The worker called civil defense department personnel who took about 30 minutes to capture the snake when it was spotted curled underneath a tree. Although, the Malaysian snake died on Sunday just shortly after giving birth.

The Guinness Book of World Records currently accords the title for longest snake captured to Medusa, a reticulated python, in Missouri and measures 25 ft when fully extended but Medusa is said to be lightweight (158 kgs) whilst the one caught in Penang weighs at 250 kgs.

Imagine having an encounter with one of these reptiles! *faints*