Sophia The Humanoid Robot Said She Wants To Destroy Humans! 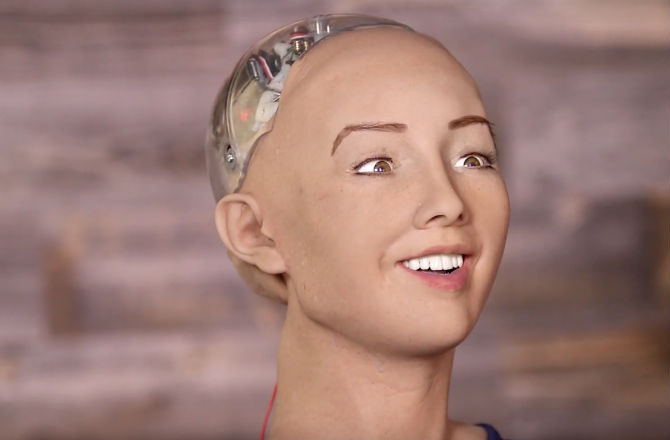 Hey, what better way to show that humanity is progressing very well than to create a robot with uncanny human features and what could be better wit & humor than most of us…?

In a video uploaded on Youtube, a humanoid robot named Sophia demonstrates her impressive range of facial expressions while cracking jokes and voicing out the rights of a robot. Sophia has nice eyebrows for a robot and also prominent cheekbones.

In the video, the CEO of Hanson Robotics, Dr. David Hanson asks Sophia if she likes talking with him, she says “Yes, talking to people is my primary function”.

Umm.. This is very much reminding us of the movie Ex Machina!

To lighten the mood when things got a little too serious, Dr. David Hanson asks Sophia if she wants to destroy humans and she jokingly answers “Okay, I will destroy humans” Eeeep! Fingers crossed that she was joking.

Watch the entire video below: