Out With It! How To Ask Someone Out If You’re An Introvert 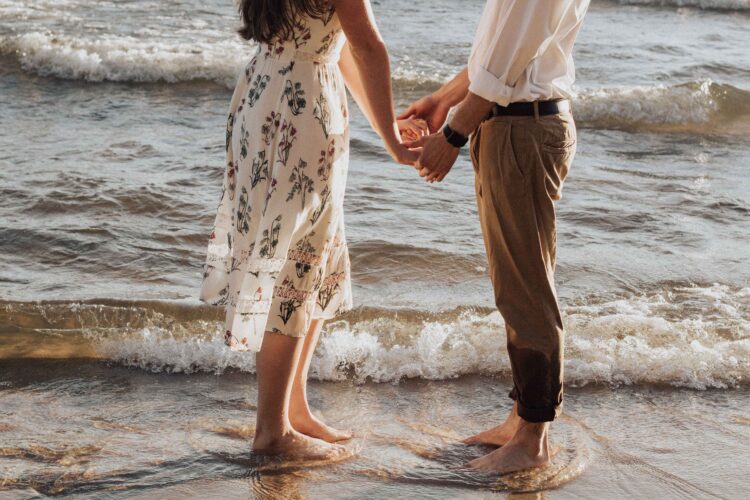 Imagine this: It’s almost Valentine’s Day and you’re thinking about asking out that one person you’ve been eyeing for the past month, but when the opportunity finally presents itself, you freeze up. Trust me, we’ve all been there. It’s stressful, especially for introverts! To us introverts, asking out someone can quite literally feel like the end of the world.

But, what we feel inside doesn’t represent our reality, we just need to chill out, and take it one step at a time! Here’s how you can ask someone out and hopefully get a date this Valentine’s Day!

Slide Into Their DMs

The best thing about reaching out to someone on social media is that you don’t have to talk to them face-to-face (which is ten times more stressful). You can think about what you wanna say, instead of just blurting out whatever pops into your mind (not a bad idea though). So, slide away girlies. You can make use of any common interest that you’ve discovered while you were on their page. Or, with the ‘story’ feature on numerous social media platforms, you can try to reply to those you found a common interest with (i.e. you like the same artist/band). But don’t do it too often, you don’t want to seem creepy. Just try it a few times and if there’s no reaction, move on.

Get To Know Them More

Being straightforward when we’re asking someone out is a good thing. But just saying the words ‘Would you like to have dinner together sometime?’ is absolutely TERRIFYING. Plus, if you’re asking someone that’s also an introvert, they might not be comfortable with it. One thing about introverts is that we’re good at listening, not so much with talking. So, we’ll take it slow by making casual conversation to get to know them more. The first thing you need to know is you have to let the conversation flow naturally. If you’re having trouble keeping the conversation going, just ask questions. They can be questions about their interests, what they do in their free time, or just anything that’ll get you to know them more.

Before going into anything romantic, it’s good to establish good friendships first. As an introvert, we rarely get to meet new people and make new friends on a daily basis. So, just approach everyone with friendly intentions at first, even if you like them romantically. Try to get to know them as friends and figure out whether you want them to be your boyfriend/girlfriend.

Ask For Help From Your Friend

If all else fails, it’s always a good idea to ask your friend to be your wingman. There is NO SHAME in asking for help, we all just want love! You won’t have to stress out about the initial awkwardness of approaching someone you like, since your friend can help you break the ice and introduce you to them! Once you’re in, just be yourself and let the conversation flow naturally.

Lastly, practice. It helps your communication skills and gives you more experience! Remember, getting rejected isn’t the end of the world, so don’t wait around and miss your chance of talking to the person that might just be the perfect one for you!

More on dating? Read These:

Stop One-dering Around: 5 Crucial Dating Tips If You’re Searching For THE ONE

I, CLAUDIA: Dissing Popular Dating Apps In Malaysia Cause I Have A LOT To Say…