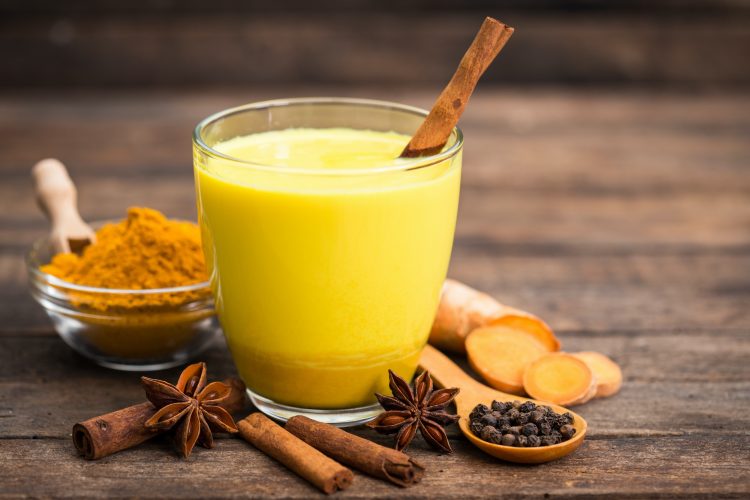 The first thing we do when our body is taken over by harmless viruses, such common cold or flu, is visit the doctor in return of expensive prescriptions. There are many traditional remedies known to build a healthy immune system and combat common flu. One of the renowned remedy is the golden milk, which has gained international recognition for its amazing healing and immune boosting properties. Though this drink may be fairly new in the west, but people in India have been drinking golden milk for centuries. As fancy as the name sounds, this golden drink is merely a combination of turmeric and milk of any choice. The results of this simple two-ingredient drink has proven to be powerful with countless health benefits. Here’s to name a few.

Curcumin which is found in turmeric helps to prevent inflammation. If you follow the recipe below by adding ginger and cinnamon, you’ll be better protected from inflammation.

Similar to green tea, this golden milk has powerful antioxidants. Once again, curcumin is the hero in this drink providing the antioxidants. Curcumin can also prevent cells from being damaged and keeps you from being physically stressed, thanks to the oxidants present.

This is one of the key reasons why golden milk has growing fame all around the world. The antioxidants and anti-inflammatory properties ensures your immune system is strong to combat diseases.

Combine all the ingredients in a pot. Next, bring the mixture to the boil, then reduce to a simmer. Let the mixture simmer for about 10 minutes or until it is fragrant.

To serve, strain the mixture through a fine strainer to remove the spices. Golden milk will keep in the refrigerator for around 5 days.

Watch video below on how to prepare the perfect golden milk.