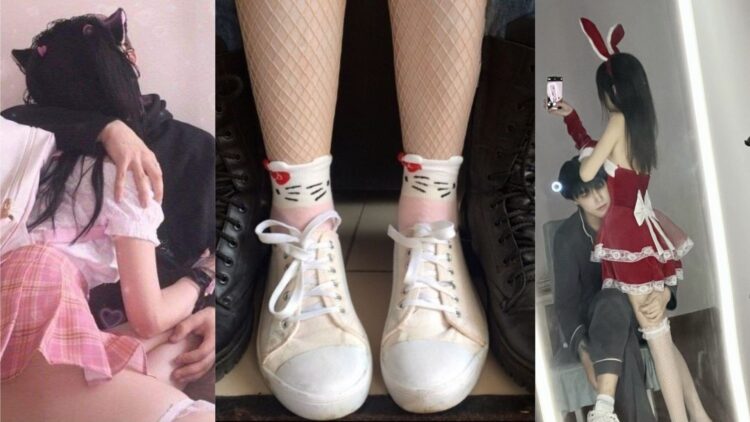 So let’s take a deeper look at the DDLG community.

All About Daddy Dom

A daddy dom is loving and sweet. In the DDLG dynamic, they are extremely protective and authoritative (this characteristic comes from being dominant), while at the same time being strict and lenient with their littles. Because daddy doms take up that dominant parental role, there are rules set by the daddy dom for his little girl. These rules comes with awards and punishments. Whenever, a little one slips into her headspace, her daddy will be the one she looks up to and depend on most.

Being a little one has a lot to do with ageplay. If you have never heard of it, ageplay is a form of roleplaying where a person acts a different age from their own, and mostly a way younger age. Little ones (or littles) are mostly girls or boys who have never been able to get rid of their inner child. Which means that they can be normal, and then slowly start acting like a child, and as time goes by, the age in their headspace can grow younger and younger. For example, a fully grown adult woman can have a headspace of 11 or 12 year old and even down to 8 or 10 years old, or even the age of a newborn. During this time, the littles tend to portray a lot of childlike behaviours and even dress up like little girls. From sucking on pacifiers, to wearing onesies and practicing baby talk. Which is why to properly handle littles involves a true daddy dom that understands the needs and wants of a little and is able to provide it all.

Littles are submissive, they are very obedient to their daddy’s orders and hardly ever go against what daddy says. But like any child, a little can be a complete brat too and when a little is acting out of place, her daddy would know exactly how to put her in her place. This is where punishments and awards come in. The punishments in DDLG are nothing like the ones in BDSM – but they can be tough, as long as the little and her daddy are consenting to it. But in this dynamic, punishments are what you would give to a little child – timeouts, no candy, no movies, early bedtime and spanking are some of the few “punishments” that daddies usually give their littles.

In DDLG, falling or slipping into little space is a huge part of switching to a little. Some littles get to their little age by triggers like sucking on their thumb or doodling on a colouring book. Some littles tend to sink into their headspace after a long tiring day of work. There’s no specific time to it, a little can be in her headspace almost every time or only once a day or even less frequently than that.

Just like little’ have their headspace, daddies too have their time when they switch to becoming a daddy. Usually when a little starts showing signs of headspace, the daddy will automatically switch himself and take on the daddy dom role. The one requirement to get into their daddy space is for the little to be in their little age because that’s what triggers or turns them on.

The daddy headspace can cause them to get into an intense need to protect and care for their littles or maybe even a drive to discipline them.

Some of you may have the question, is it okay to be a solo little? Yes, it’s perfectly fine and a little doesn’t necessarily need a daddy dom to be in her headspace. Whenever you feel like you’re slipping into little age, you can just go to your room, maybe read a children’s book, snuggle with your teddies and be whatever age your mind is.

There are also DDLG communities on social media where many littles and daddy doms share needed content. If you are a little, you can head on over to the community to meet lots of vibrant and fun littles that you can bond with… and even be able to meet your daddy dom there.

As mentioned before, DDLG doesn’t always include sex, but when it does, that is when a little and her daddy dom can explore their sexual fantasies and other kinks they may be into. There’s a lot of dynamics in DDLG sex, like M/s which is the master and slave dynamic, or pet play, where the submissive gets to play the role of an animal, usually a puppy or a kitten. There’s really so much to explore in the world of DDLG sex for littles and their daddies!

More on kinks? Read these:

12 Weird-Ass Kinks You May (Not) Want To Know About!