Back To The Future: The Dopeness Of 1960s Space Age Fashion

The 1960s were a polarizing era for fashion. It was a time when pencil skirts and kitten heels became essential in every lady’s wardrobe. But we can’t dismiss the whimsical trend of space age fashion that also started during that period. Heavily influenced by the Space Race of the Cold War, the running theme of outer space exploration had also seeped into ’60s fashion trends. Dubbed ‘Space Age Fashion’, this trend was focused on pushing the boundaries of clothing, as well as people’s predictions on what fashion in the future would look like! So, strap in because we are going out of orbit!

One of the key elements of space age fashion is metallic makeup. Besides the heavy mascara, bold eyeliner, metallic eyeshadow is a MUST. Inspired by metallic clothing and accessories, this trend focuses on the eyes while keeping the lips simple in nude or pink shades. To play into the futuristic theme, most of the fashion items were in the white-and-silver colour scheme. From flat go-go boots that resemble the ones on astronaut suits to helmets, goggles, and shiny gloves, many fashion designers included many unconventional fashion items into their space age couture.

Here are some of the most influential designers of space age fashion:

Pierre Cardin is known for his futuristic designs in his earlier works, which included sharp and modern silhouettes. His most famous space-age looks included helmets, short tunics, and goggles. Besides this, his use of vinyl and shimmering lamé fabric gave a feel of outer-space gear.

One of the pioneers of space age fashion, André Courrèges launched his Moon Girl collection in 1964, which featured white and silver chiffon tops and thigh-high skirts in geometric shapes. The designer also paired the structured clothing, that was constructed using PVC, with vibrant shades of orange and pink to complement the white and silver outfits.

Heavily inspired by space age fashion, the iconic Mugler took a more ethereal approach to the style and created gowns that resembled the wardrobe of a space princess, at Paris Fashion Week in 1986. With brightly-colored bodysuits, jackets, and boots, Mugler brought outer space to us in his fantasy collection.

Famous for his signature metallic chain-metal dresses, Paco Rabanne is another pioneer in space age fashion. His vision for the future of fashion was finding new materials. Though dripping with style, these dresses were made of discs and metal joined together by metal hoops, which were impractical to wear due to their sharp edges and cold material! But how DIVINE they looked!

In The Thick Of It: Step Towards Chunky Heels, Cause They’re A MUST HAVE! 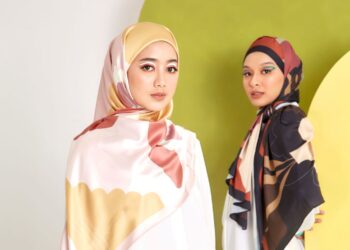 Calling all hijababes! We see you've been wearing the same old scarves, and we believe it's time to switch things... 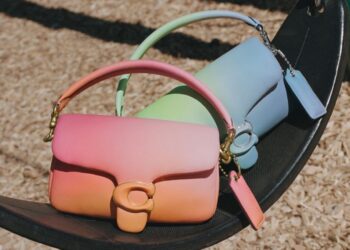 COACH’s Summer 2022 Collection Is A Catch!

COACH has unveiled its newest summer collection, which will dazzle you and enrich your season's wardrobe. With bright and vivid... 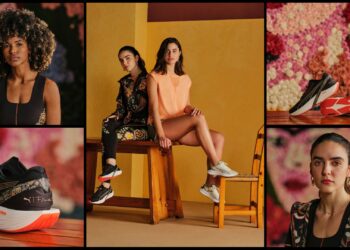 In tribute to Mexico's iconic female painter, PUMA has partnered with the Frida Kahlo corporation and OEG Latino to launch... 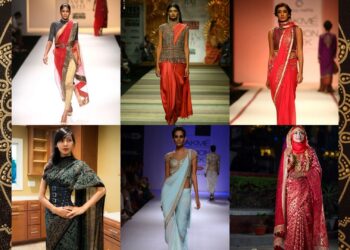 Saree Draping Innovations Are Bussin’, And We’re Not Sorry!

What could possibly beat the elegance of a six-yard saree? Absolutely nothing - especially when it's draped to perfection! The...