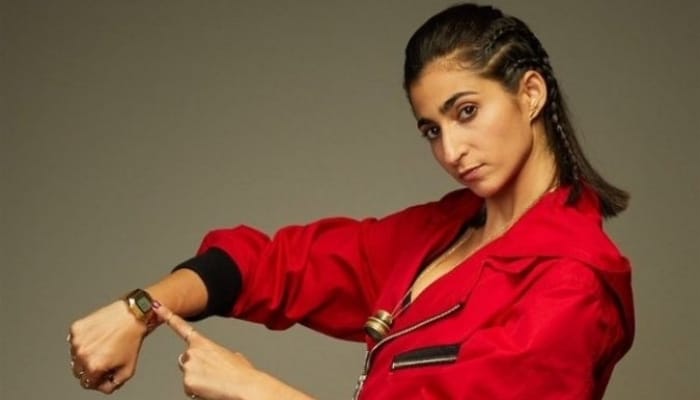 Money Heist series has gained much success and popularity internationally since appearing on Netflix and remained trending even till today. The series showcased several prominent characters but fans were particularly stunned by Alba Flores’s stellar performance in Money Heist where she mastered the tough and tenacious character, Nairobi. From donning the character Nairobi, Alba had also taken up an interesting role before Money Heist as a Telugu speaking character in a Spanish film released in the year 2013 titled ‘Vicente Ferrer’, largely based on the life and events of a Jesuit missionary

Fans were stunned to see the Spanish actress dressed in a saree, hair braided and bindi on her forehead speaking Telugu flawlessly in a village setting in Anthapuram, Andhra Pradesh, where she played the role of Samaira. A clip of Alba speaking Telugu shared by a fan on Instagram has been making rounds in the internet applauding the actress for her versatility and diversity in acting. This comes to show that Alba had great passion for strong roles even from the start of her career.

Fans were left devastated when Nairobi’s character in Money Heist ended in Season 4 when she was shot in the head by Gandia. Her death in the series was considered as most brutal and created controversies amongst fans as they loved her character on screen portraying commendable forgery skills. After an abrupt end to her much-loved on-screen character, fans were left guessing on her next project after Money Heist. A video posted on Twitter showed Alba bidding farewell to her fellow cast members holding a bouquet of flowers saying “It’s over, and I have nothing on the horizon. It’s a really liberating feeling. Because…well, I need a rest.” We hope Alba’s on-screen return will not take too long, as fans are eager to watch her depicting new roles.