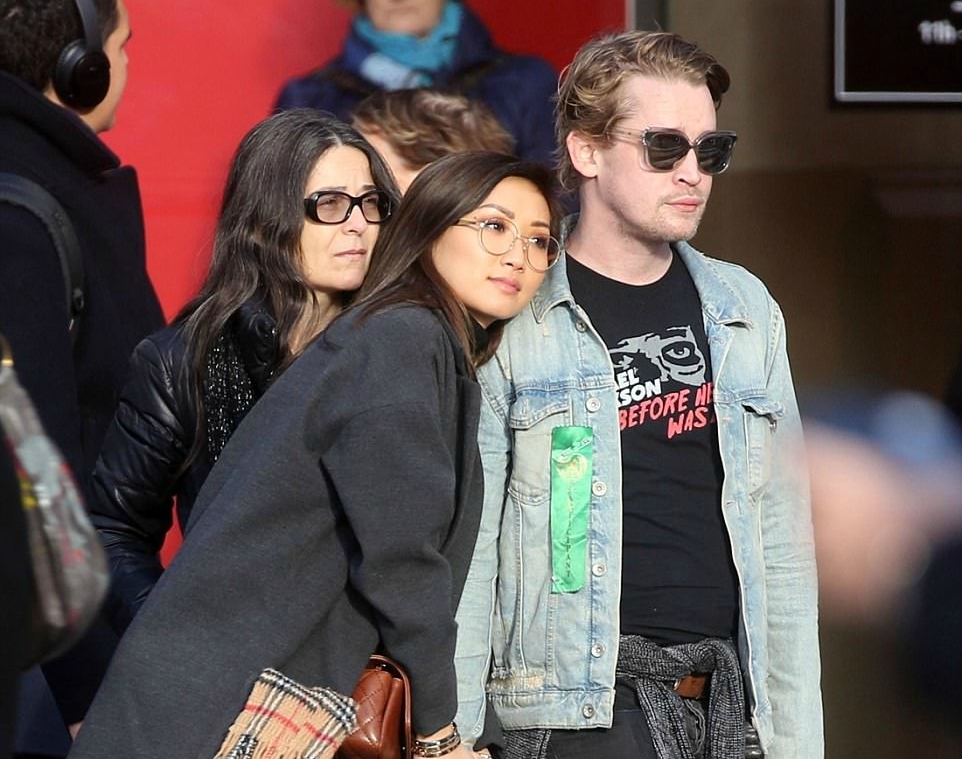 Home Alone actor Macaulay Culkin was pictured looking incredibly healthy in Paris recently and it’s just so great to see that he’s turned his life around with his new girlfriend Brenda Song. It’s like watching a crossover Disney episode, but way better.

The actor was spotted enjoying the sights of Paris, having dinner with the Suite Life Of Zack & Cody starlet, his goddaughter Paris Jackson as well as friends Family Guy star Seth Green and wife Clare Grant, who introduced the pair to each other earlier this year.

Macaulay and Brenda looked like the epitome of loved up as they strolled around the capital arm in arm, with the actor looking decidedly happier than his recent troubled years.

Smitten in love, the duo who have been dating for four months appeared besotted, barely able to keep their hands off each other as they were spotted embracing frequently and gazing into each others’ eyes, holding hands at every opportunity. Macaulay was previously married to actress Rachel Miner, who he tied the knot with in 1998, but the pair separated in 2000 and divorced two years later.

He then dated the love of his life Mila Kunis for eight years before the two split up in 2011. In 2013, Macaulay met actress Jordan Lane Price (Mila Kunis look-a-like) who have helped the actor combat his heroin addiction. They dated until mid 2017.

Brenda, on the other hand, was engaged to Miley Cyrus’ brother Trace Cyrus but called off the engagement in 2012. They had an on-and-off relationship for over six years and they’ve definitely had their fair share of drama.