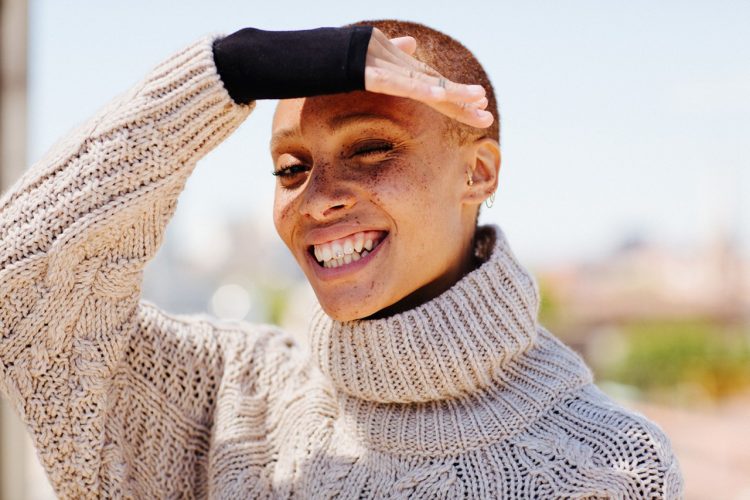 Though it’s been a great year for the likes of Kaia Gerber or any of the Hadid sisters, it’s been an impeccable year for Adwoa Aboah.

Yesterday, Aboah took home the highly coveted Model of the Year award at the 2017 Fashion Awards by Swarovski, beating out major models like Kaia Gerber, Gigi & Bella Hadid and Winnie Harlow. The honour celebrates “the global impact a model, male or female, who over the last 12 months has dominated the industry.”

Where do I even begin. Speechless, overwhelmed and grateful. Never in a million years did I think that one day I'd be on the cover of @britishvogue even more so one that marks such a monumental change and a new beginning. Thank you @edward_enninful I'm so very proud of you, you deserve this. Thank you for choosing me to be you're first cover girl. Thank you to #stevenmiesel for the most magical shoot I've ever been on. Mother @patmcgrathreal and @guidopalau for the constant support over the two day shoot and for making me feel like one in a million. To everyone who made this possible, thank you. #newvogue

In winning the award, Aboah joins the likes of  Kate Moss, Cara Delevingne, Agyness Deyn, Jourdan Dunn, and Edie Campbell, all of whom have taken home the award. Last year, Gigi Hadid came out on top, making her the first American model to receive the honor.

British model Adwoa Aboah has taken a refreshing approach to her career by combining catwalk appearances from Dior to Coach while casually speaking about her mental health struggles. She’s also brought that much needed diversity that we all crave and need in the fashion world with her freckles, shaved head and piercings.