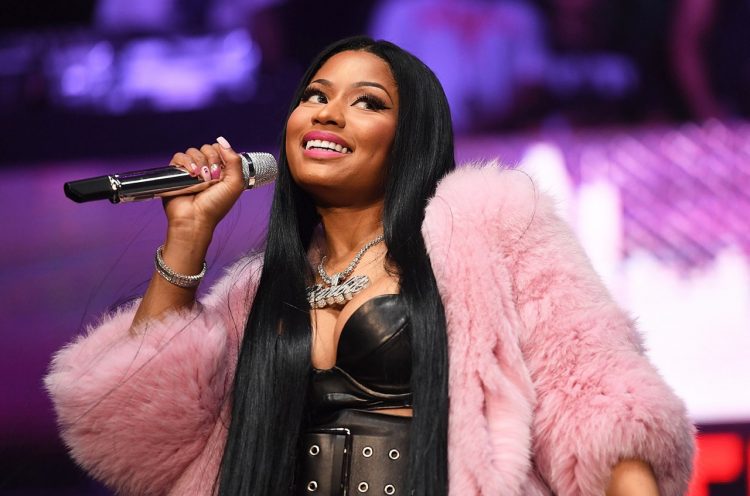 Nicki Minaj is a rapper who can spit the best of them bars.

Unfortunately, seven years into her mainstream career, Nicki doesn’t believe she’s gotten the recognition she deserves, saying that sexism is the reason.

Her rant was fuelled by a tweet from “What They Want” rapper Russ, who posted a clip from his interview where he told the hosts, “You know who else people really need to start putting respect on is Nicki Minaj — period.”

He added that Minaj “birthed so many females” and her style has influenced a lot of artists who came after her.

In any field, women must work TWICE as hard to even get HALF the respect her male counterparts get. When does this stop?

Minaj caught wind of Russ’ praise and thanked him, then further expounded on Russ’ points. “In any field, women must work TWICE as hard to even get HALF the respect her male counterparts get. When does this stop?” she began.

Not one to mince words, she noted that rappers who collaborate with rappers like Drake, Kendrick Lamar, and J. Cole are deemed “dope” but if someone works with her, it’s forced.

The greats collaborated w/Drake, Kendrick & Jcole b/c they’re dope MC’s. They collab’d w/nicki cuz someone pulled a gun to their heads… 😴🤣

To back her argument, Nicki dug up an old tweet from Lamar where he said, “Just realized. Moe n—az hate nicki minaj than woman do. #yallniggazisreallypausewhenithinkaboutit.”

She added that the seven-year-old tweet is still relevant today and in order for her to get recognition, she’d had to dress as a man.

Kendrick’s tweet from 7 years ago. This is so telling. And scary. I’d have to wear some baggy pants n timbs for men to openly give props. https://t.co/r6fEjSJZPl

Putting ppl in the same sentence as me after my 10 years of consistent winning. What are you teaching THEM? They’d never do this to a man.

Well, well.. Nicki has never been shy about speaking up and showing her support for fans and fellow female musicians, and we think it’s high time the music industry starts following suit.