Blake Lively Is Sick Of People Saying Her Life Is “Perfect” 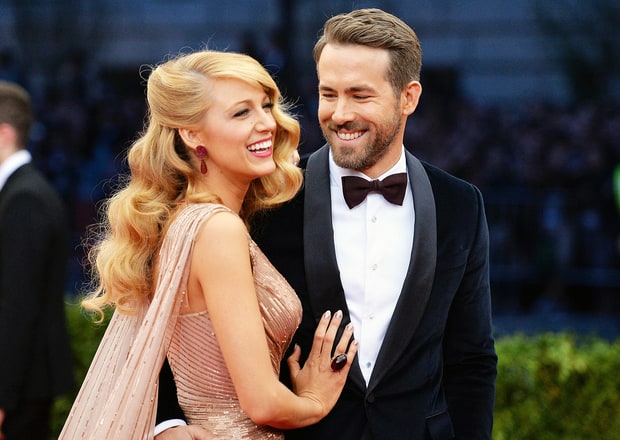 In a new interview, Blake Lively talks about Ryan Reynolds, their marriage, and how their lives and relationship are far from the picture-perfect image we make them out to be.

According to the gorgeous actress, her marriage has its own share of difficulties, even if they are “champagne problems” like she says. People on social media believe the Lively/Reynolds family is perfect and does not struggle, but Lively says that’s just not true. She and her husband struggle with being very shy people in very public roles, as well as other things, the star admits:

My husband and I are really shy people who express ourselves best when we’re acting, when we’re hiding as someone else. So the fact that very shy people have to share that shy person with the world — and are sometimes hurt by it — it’s very weird emotionally. Anyway, champagne problems.

The Gossip Girl alum also revealed that the Deadpool actor isn’t always truthful when he sends hilarious tweets about James, 2, and Ines, 10 months.

When he says ‘my daughter,’ he’s never, ever talking about her. Everything is a completely made-up scenario,” Lively told the magazine. “He’ll run [the tweets] by me sometimes just to make me laugh. But oh, I’m so in love with him when he writes that stuff. I mean, I’m in love with him most of the time, but especially with that. Communication plays a major role in the 29-year-old actress’ strong bond with her 40-year-old husband, whom she married in September 2012.

“In other relationships, if something came up, I would call my girlfriends or my sister, and say, ‘Hey, this is what he did — what should I do?’ Where with [Reynolds], we were friends for two years before we were ever dating,” she told Glamour. “And I treat him like my girlfriend. I’m like, ‘Hey, this happened. It upset me. This is how I feel. What do I do?’ And he does the same for me. He treats me like his best buddy.” The starlet continues gushing about her husband:

“I’m lucky to have someone who is so conscious. My husband was like, ‘Why do I always say he?’ And I said, ‘That’s what we’re taught.’ So he’ll pick up, like a caterpillar, and instead of saying, ‘What’s his name?’ he’ll say, ‘What’s her name?’ ”

“Or we’ve joked that my daughter is bossy. But my husband said, ‘I don’t ever want to use that word again. You’ve never heard a man called bossy.’ So do I know how to be the best parent for a daughter? No, I have no idea. All I can do is share what I’m thinking — and learn from others.”

My daughter loves being buried up to her neck in sand at the beach. Her little face lights up when I come back to get her the next day.