Sheena Liam Just Got Proposed To Via A Huge Billboard 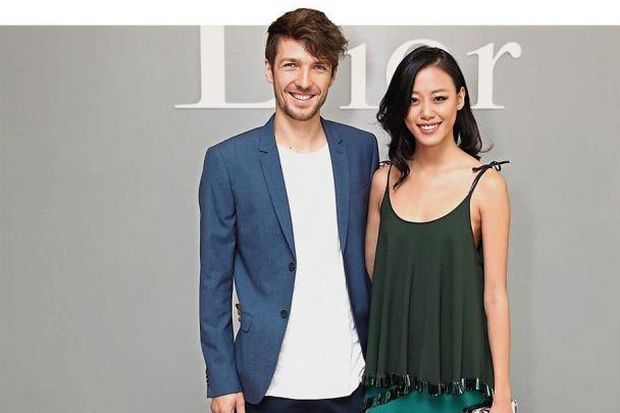 So happy! Sheena Liam is engaged to her boyfriend of three years a.k.a renowned Lithuanian mural artist Ernest Zacharevic.

The winner of Asia’s Next Top Model (AsNTM) Cycle 2 was proposed by the 31-year-old hunk through a billboard in Lithuania which said “Marry Me Sheena”. They are currently the Baltic country to attend a few weddings. “I was more surprised by the billboard than the proposal,” quipped Sheena.

Way too tacky and far too small to express how I feel, but I think @sheenaliam got the idea. #shesaidcan #makeromancegreatagain

The couple shared the good news on their respective social media accounts. Ernest posted his unconventional wedding proposal on his Instagram with the caption, “Way too tacky and far too small to express how I feel, but I think @sheenaliam got the idea” and followed by the hashtag #shesaidcan.

Sheena Liam has changed her Facebook status to “Got engaged to Ernest Zacharevic”. When asked about the wedding date, the model who will be moving from Los Angeles to New York soon, said: “Summer wedding for Lithuania definitely and maybe one for KL and Penang. We’ll see what my family says.”

The Selangor-born model has also recently gained recognition as an embroidery artist. Ernest Zacharevic received worldwide acclaim in 2012 after creating a series of street art murals for George Town Festival in Penang. His most popular artworks are Children on a Bicycle and Boy on a Bike.

Ernest why you gotta be so extra? 💔