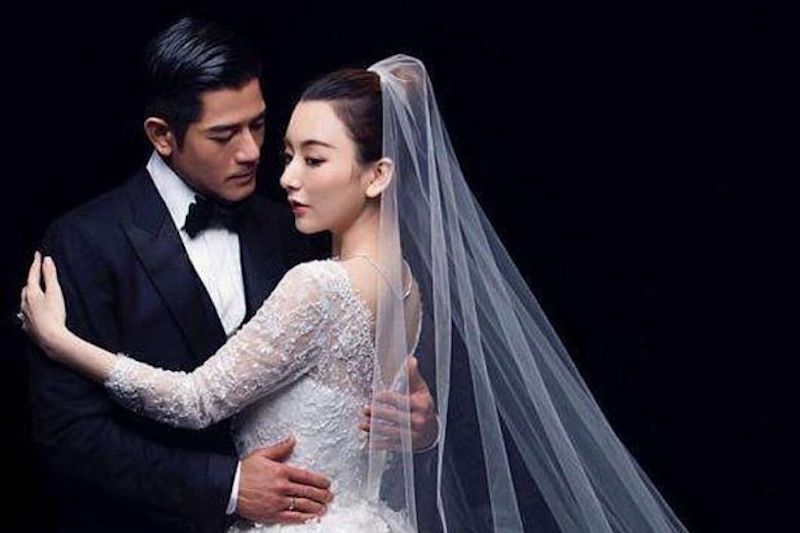 After news of Aaron Kwok and Moka Fang’s engagement broke earlier this month, the 51-year-old hunk put all speculations to an end by sharing photos of the couple’s low-key wedding yesterday.

Images of the wedding which was held at luxury hotel The Peninsula in Hong Kong were shared on the actor’s Weibo account. According to reports, the couple hosted a super intimate but heavily guarded wedding to celebrate the occasion with family and friends.

Apple Daily reported that 10 tables were laid out on the luxury hotel’s mezzanine floor which was decked out in a thousand pink roses.

Kwok reportedly wore a Tom Ford suit, while Fang wore a white Georges Hobeika gown and pieces from the Louis Vuitton High Jewellery collection. Kwok’s manager Leung May May has also confirmed that the wedding had taken place and thanks everyone for their well wishes.

Kwok’s relationship with Moka Fang is the only one he has openly acknowledged, where he announced their relationship in 2015 when the pair first started dating.

Congratulations to Aaron Kwok and Moka Fang on such a joyful union!