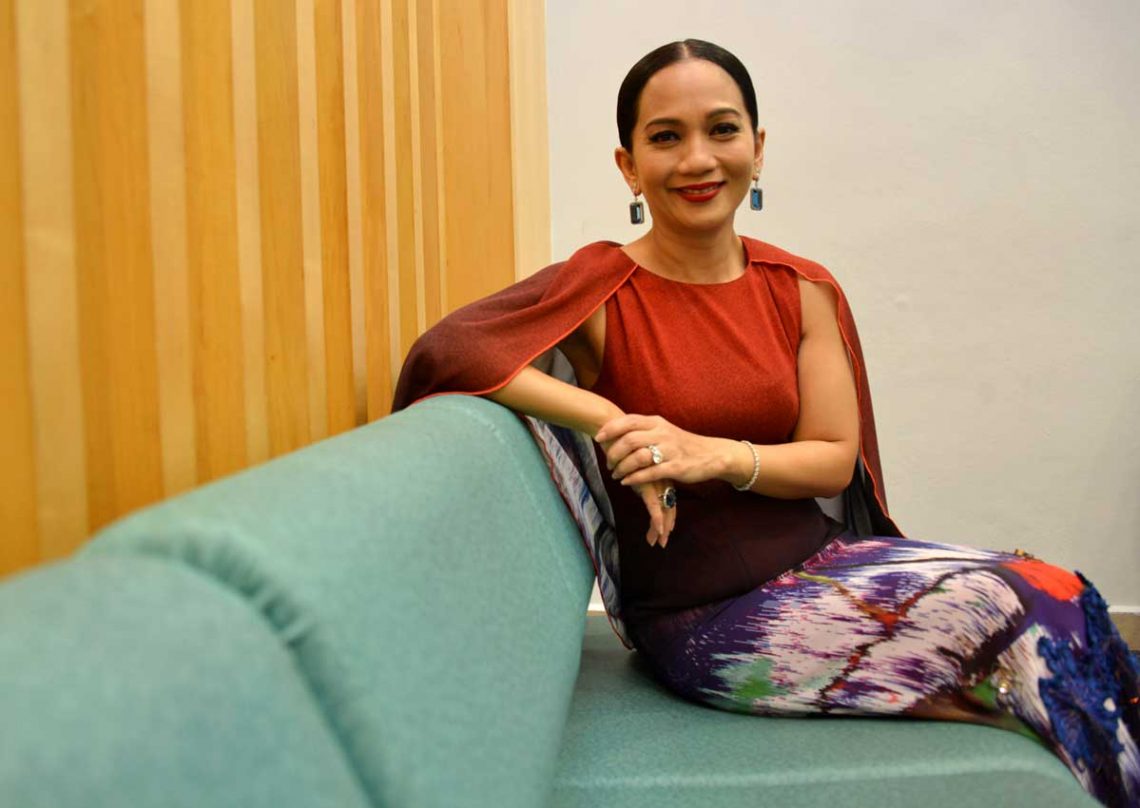 The 10-track album that took 3 years to compile is entitled as Boneka features music by Indonesian songwriter and guitarist Tohpati. “I received a lot of new songs from composers but only a handful met my expectations, so we decided to just have five tracks in Boneka. Meeting Tohpati changed everything, though, and I am glad that there are 10 songs in the album now,” Sheila told mStar Online at the launch of her album in Kuala Lumpur yesterday.

Finally…out tomorrow! May you enjoy listening to it as much as I had recording it for you.May music keep us together! ❤ @sheilamajidofficial #Boneka

Sheila, 53, revealed that after Tohpati came on board the project last year, the album only took another nine months to finish and polish. Apart from him, other composers featured on Boneka include local talents Azman Abu Hassan, Kevin Chin, Omar K, Najwa Mahiaddin and Jenny Chin, who has collaborated with Sheila countless times.

The last time the Malaysian Jazz Queen had a solo album was in 2004 with Cinta Kita. As for the album title, Sheila shared: “I named this album Boneka (puppet in English) because that’s what I turn myself into when I am performing on stage in front of the audience. Even with a glamorous image as an entertainer, the fact is that I am simply a human being with a high profile job; I see myself as a puppet that belongs to my fans when I’m on stage.”

As another “gift” to her fans, and perhaps a way to promote the album further, Sheila Majid will also be holding a concert in KL on Aug 5. It is her first major concert in seven years. Sheila Majid The Concert Kuala Lumpur 2017 will be held at Stadium Negara and is organised by IME Malaysia and More Entertainment, with support from Magada Entertainment.

Tickets for Sheila’s concert will go on sale April 14 from 10 am at Ticket Charge. Ticket prices start from RM98.