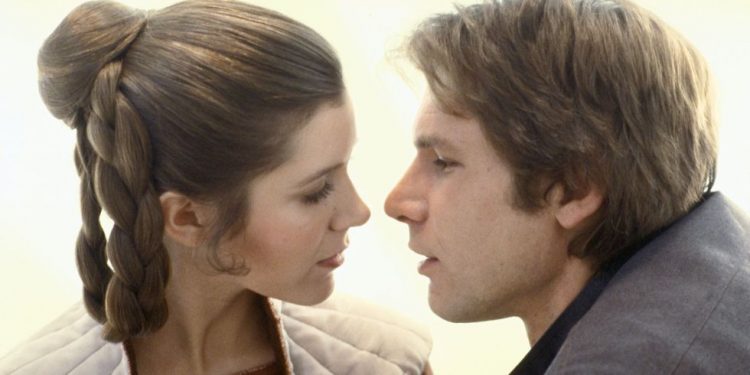 Over the years we have loved and envied the love story of Han Solo and Princess Leia from Star Wars. And we have always questioned if such an intense love story could happen in real life. Now, we know that it did! As revealed by Carrie Fisher herself in her all new book The Princess Diarist, the intense chemistry of Han and Leia was not just happening on screen but in real life as well.

After almost 40 years after the release of the original trilogy, Carrie Fisher spilled the beans about how intense their affair was. “It was Han and Leia during the week, and Carrie and Harrison during the weekend,” she says.

At the time of the filming Carrie was just a 19 years old teenage girl and Harrison was 33 and a father of two kids. But that did not stop them from being together and being in the whirlpool of love. After all, no human can swim against the tide of such intense feelings.

It’s been stated that it all started after a birthday party for George Lucas. And she was in utter self-doubt at that point of time.

Although the affair was short lived by just three months and ended once the shooting of the movie was wrapped, Carrie said that she had fond memories of their times together and cherishes those moments. As a naive girl at 19, she said there was something about Harrison that made her trust in him.