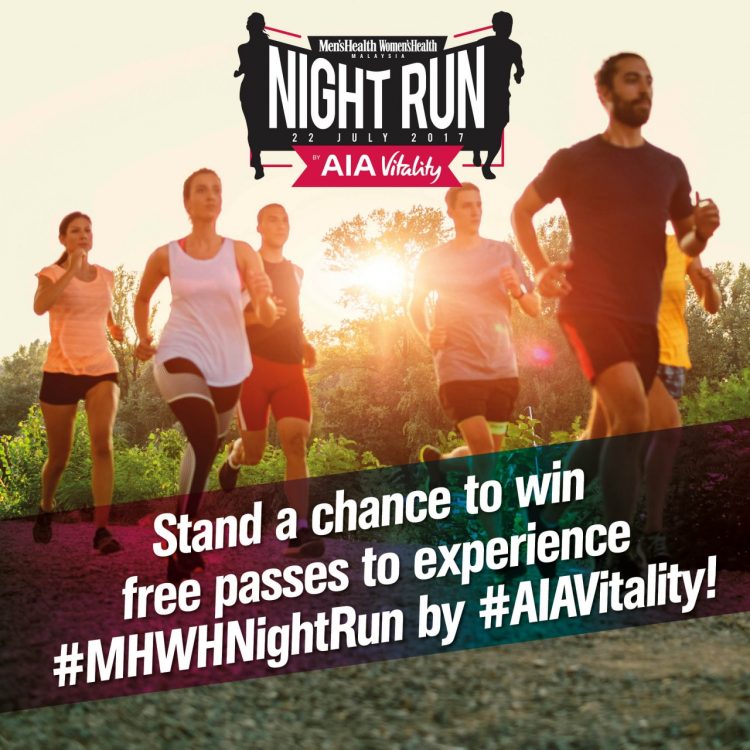 The highly anticipated Men’s Health Women’s Health (MHWH) Night Run will return on 22 July 2017 in partnership with AIA Vitality and for the first time ever, the night run is expanding by opening a new category for kids aged 7 to 15. Now in its third instalment, there will be 5 categories, namely 5km, 12km and 21km for Men’s and Women’s Open and Men’s and Women’s Veteran, alongside 700 metres and 3km for children.

Together with AIA Vitality – Malaysia’s first science-backed health programme by AIA, the 2017 MHWH Night Run will also showcase sponsors’ booths, food trucks, and various fun-filled activities for entire family, while a DJ takes on the decks. All participants for the MHWH Night Run will receive a running T-shirt, and those who complete the run will received a medal as well as a special goodie bag consisting of merchandise and vouchers.

The entry fee for the Men’s Health & Women’s Health Night Run by AIA Vitality are as below:

* An additional RM3.50 administration fee will be charged per entry To participate, simply post a photo on Instagram of yourself running or of your running gear and tell us at least one good thing running has done for you, along with the hashtags #MHWHNightRun #AIAVitalityMY and #MHWHNRLipstiq.

Here are the details* of the Men’s Health Women’s Health Night Run by AIA Vitality: