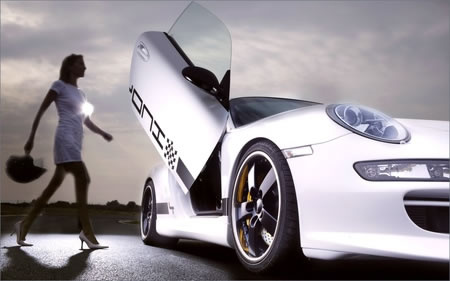 Why of course, if you were to ask a guy if he’d rather date a girl driving a Proton compared to a girl driving a Porsche, he is more likely to pick the one with a Porsche. Why not? It’s fast, it’s sexy, and you’ll be in the center of attention wherever you go and other guys will envy you so much that they will end up hating you. A recent weird study found that girls will pick a guy who owns a Porsche Boxster as opposed to a guy who owns a Honda Civic. The research observes how products in one’s possession can change the way people of the opposite sex think of that person; it’s called the Sexual Signaling System.

However, the research doesn’t end there; a woman is more likely to pick a Porsche Boxster owner only for a short relationship. When asked if they put long-term relationship or marriage into the equation, they picked the one with Civic. Think now you can finally prove that girls are gold diggers? Well, it’s probably true, but what the study didn’t show is how a guy would respond if given a similar situation, they’re probably gold diggers too.