The First Ever Gay Royal Wedding Has Been Announced 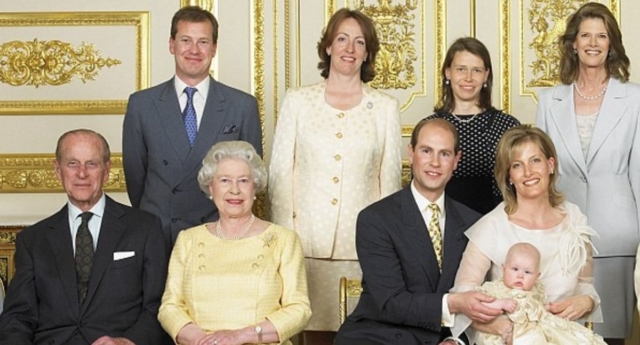 The royal family is having quite the year. This spring brought the birth of Prince Louis and the wedding of Prince Harry and Meghan Markle. Zara Tindall is due with her baby, the Queen’s great-grandchild, any day now, and Princess Eugenie, the daughter of Prince Andrew will wed her fiancé Jack Brooksbank in October. gay royal wedding

But another member of the royal family just shared he’ll be tying the knot before Eugenie walks down the aisle. The Queen’s third cousin once removed and the great-nephew of Earl Mountbatten of Burma, Lord Ivar Mountbatten, has announced he will marry his longtime partner James Coyle this summer. It will mark the extended royal family’s first same-sex marriage.

Two years ago, Lord Ivar created a stir when the confessed to struggling with his sexuality throughout most of his 16-year marriage to wife Lady Penelope Thompson, whom he married in April 1994. Finally, he admitted he was gay after finding contentment with his new love, whom he met at the Swiss ski resort of Verbier in March 2016.

In September of that year, as news of his sexuality broke, Lord Ivar revealed, “Coming out’ is such a funny phrase, but it’s what I suppose I did in a rather roundabout way, emerging to a place I’m happy to be.”

“I was driven into the closet by not wanting to come to terms with who I was and facing friends and family in the early years. I buried it. I even had girlfriends as I tried to work out what I wanted to be.” He continued, “It was not an easy time in my teens or twenties. I’m just so pleased now to have found someone who I am happy to call my partner.”

“I knew from the age of eight I was more attracted to men. I definitely think it’s in the genes. You’re either gay or you’re not.” Lord Ivar said that the wedding was his idea, revealing, “I really wanted to do it for James. He hasn’t been married.

“For me, what’s interesting is I don’t need to get married because I’ve been there, done that and have my wonderful children; but I’m pushing it because I think it’s important for him because James hasn’t had the stable life I have,” he continued, before turning to his partner, an airline cabin services director, and telling him, “I want to be able to give you that.”

James Coyle said, “It’s a very modern marriage. There was no proposal, just an acceptance of this great love. He cares. I care. The girls are very accepting.”

Although Lord Ivar Mountbatten and his wife lady Penny Mountbatten divorced eight years ago, they remain quite close. So close, in fact, that she will give her ex-husband away at his wedding.

James also remarked that unlike a more traditional royal wedding, “the ceremony itself will be very small. It’s really just for the girls and close family and friends.”

The pair will be inviting about 120 friends including Lord Ivar’s daughters from his previous marriage, Ella, Alix and Luli, to the party afterwards — however, James insisted that “there won’t be two men in tuxedos on a cake, white doves or anything twee or contrived like that.”