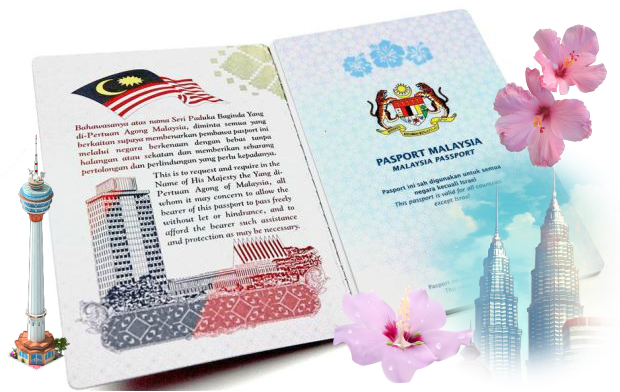 The brilliant red Malaysian passport which currently ranks as fourth most powerful in the world, has received a major upgrade in its design as well as several security features.

Deputy Prime Minister Datuk Seri Dr Ahmad Zahid Hamidi revealed that the new passport booklet would ensure the document could not be forged even with the latest technology, as it is complied with the standard set by the International Civil Aviation Organisation (ICAO).

Immigration director Datuk Mustafar Ali added that the redesigned passport, which was rolled out on 15th November, was apparently deemed one of the most beautiful passports in the world.

He said, the new enhanced features contain three coloured security stitching thread, embedded chip in every page of the passport, as well as in the front and back cover. Perviously, the chip was only placed in the back cover.

Verification of the passport’s authenticity can only be done with ultraviolet light and cannot be seen with the naked eye.

On the other hand, the new design which sports effulgent batik designs in blue, red and orange on its pages, encompases iconic national landmarks such as the Petronas Twin Towers, Kuala Lumpur Tower, Istana Negara and Mount Kinabalu, the highest peak in Malaysia.

You can also find songket motifs resembling a golden weave, Rukunegara principles and two hibiscus flowers on the inside cover.

Last year, the group was awarded a RM233.38 million contract to supply passport booklets for five years from December 1 2016 to November 30 2021.

In total, 1.7 million passports were issued from January to October this year and on average, the department issues two million in a year. Mustafar also stressed that older passports are still valid for use.