Annabelle is Out To Haunt Irresponsible Rapid KL Passengers 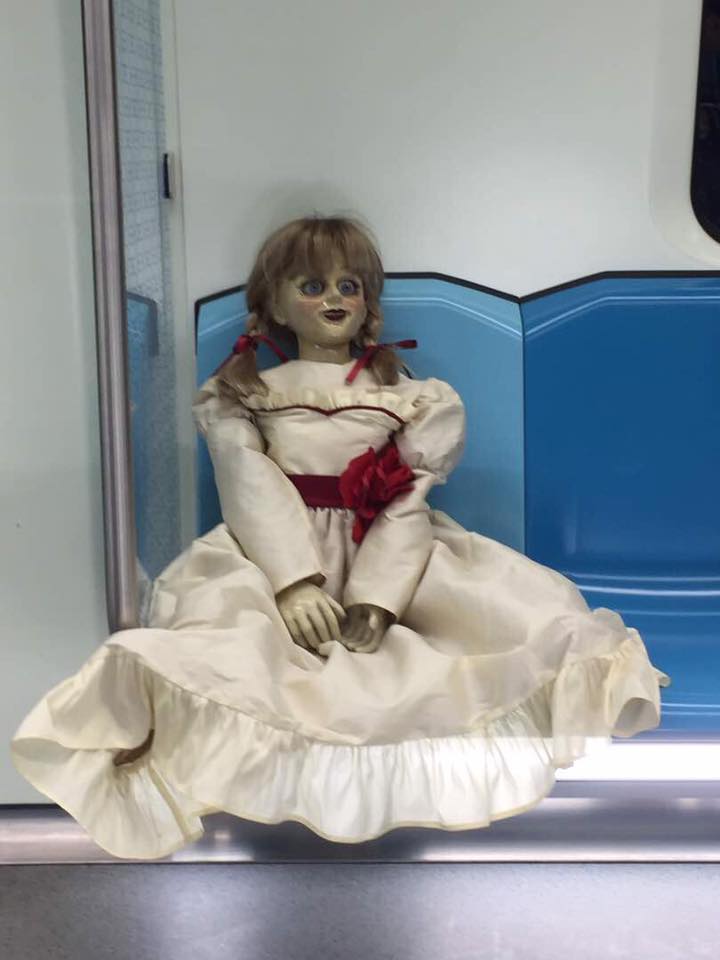 Recently, we’ve been following Rapid KL’s social media accounts for latest updates of their transportation services and funny AF posts that call out irresponsible users of their services. Kind of like this one…

Though these posts have attracted the attention of many, there are still commuters who refuse to take heed of these witty reminders. Which led Rapid KL to employ Annabelle (that famous demon doll from hell with eyes that pierce through your very soul, even on TV) to remind everyone to be courteous and considerate.

The pictures came with the caption: “Dear valued customers, lately we’ve been receiving surprise visits from Annabelle. Mind your manners while you are on our trains or… she will haunt you FOREVER. #annabelleisnear #citizenwithmannerswanted #forabetterfuture.”

According to New Straits Times, Rapid KL’s spokesperson explained that the purpose of the campaign was to generate civic awareness among the public. “It is heartening (for us) to receive such feedback from the public and we believe this has generated so much awareness.

“We hope that the public’s social etiquette will be improved, not only when using the public transportation but also when they use any public facilities,”

The post has been making a few rounds on the internet, garnering over 23,000 reactions and 8,500 shares on Facebook. Social media users have also voiced their support towards Rapid KL’s hauntingly creative method of educating the public to be courteous when using the public transportation.

Shoutout to Rapid KL’s team and the awesome person behind these witty social media postings – thank you for helping the public realise that seats are not for bags, feet or sleeping. You guys are our heroes!

Psst, you’ve got one more day to win preview passes to watch Annabelle Creation with us this 9th August! Access here to find out more.

This Multi-Faceted Makeup Line Effortlessly Gets You Photo Ready Flawlessly