R. Kelly Grabs Fan’s Phone & Rubs It All Over His Crotch 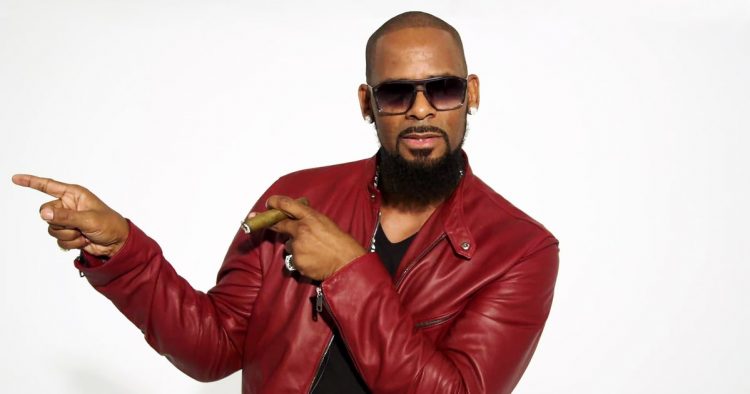 Apparently, that R. Kelly ‘cult’ story almost never ran. The reporter who broke the news — Jim DeRogatis — says he just wants the media to do its job.

His piece which highlights families of young women alleged that the singer was abusing them physically and brainwashing them against their will in a cult-like relationship, is fairly disturbing. The reported also revealed that R. Kelly has forged marriage certificate to Aaliyah which listed the singer as 18 years old (she was in fact 15 at the time).

The R&B singer took the stage in Virginia Beach last Sunday for his first concert since the news broke, and if R. Kelly is in any way disturbed by the recent accusations against him, he certainly did not show it this past Friday. Neither did his fans.

R. Kelly gave his usual seductive performance, delighting female fans in the front rows. He encouraged a fan to touch him as he crouched down onstage and encouraged another to hand him her phone, which he then proceeded to rub against his crotch. Shocking.

R. Kelly did, however, take the stage an hour and a half late and performed for less than an hour.

“Crowd was fine bc most were prob lifelong fans like me lol,” wrote Instagram user @naomidinah, who posted videos of the singer onstage. “Lil upset it was shorter than normal tho he wad only on stage 45 mins.”

One of the alleged victims, 21-year-old Joycelyn Savage, later revealed in a video interview she is in a “happy place” in her life and is “not being brainwashed.” She said she wanted her parents and readers to know she is “totally fine.”

Despite all that, R. Kelly has not been charged with any crime stemming from the accusations. His attorney had said in a statement that the singer “is both alarmed and disturbed at the recent revelations attributed to him” and “unequivocally denies such allegations and will work diligently and forcibly to pursue his accusers and clear his name.”