Contest: A Box Of 15 M.A.C Cosmetics Retro Matte Liquid Lip Colours Could be Yours! 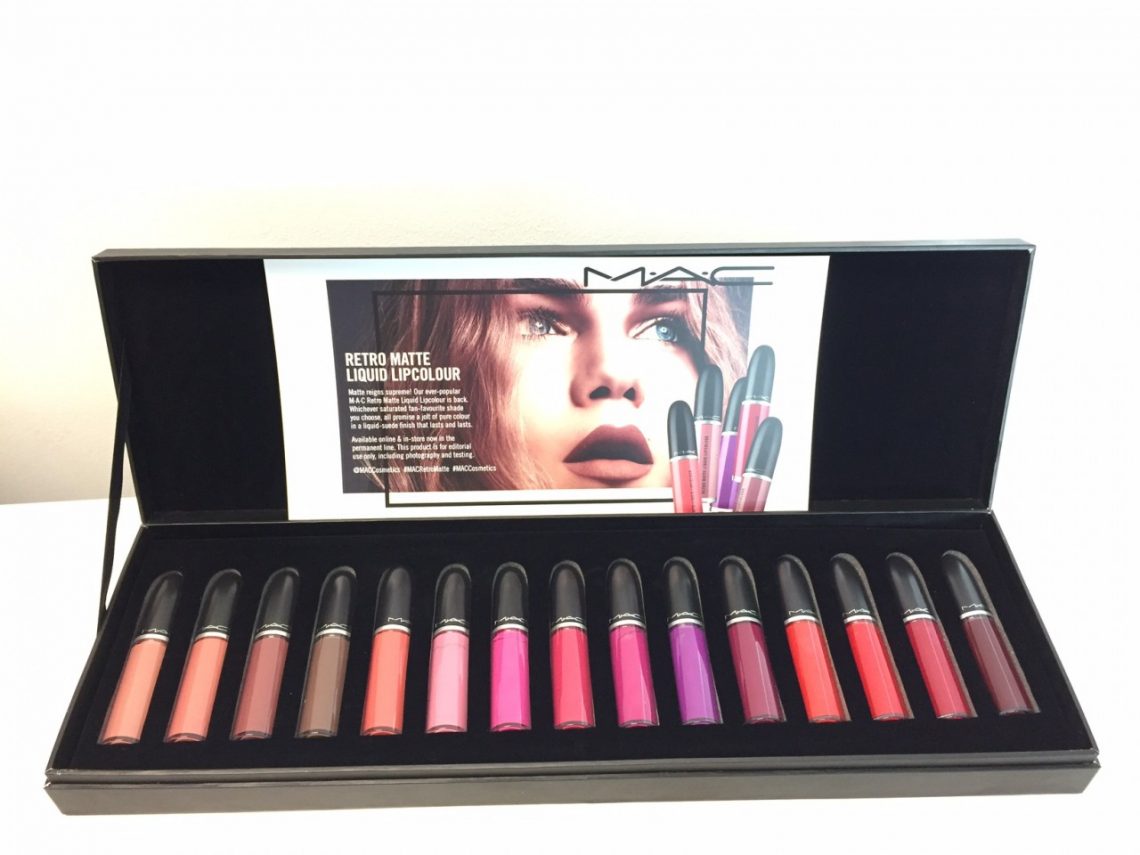 They say, “Give a woman the right lipstick and she can conquer the world.” While this does apply for us, lipstick signifies so much more than its mere cosmetic purpose as it is after all a powerful form of self-expression. Admittedly, we also have way too many stashed in our immense makeup collection that’s spilling over, so lipsticks must be a huge deal in our lives, right?

Though there are multitudes of tutorials and viral beauty trends spreading like wildfire online, there is really no dictating as far as lipstick application is concerned and there are no definite rules. Furthermore, makeup is meant to be fun and empowering, so do whatever floats your boat.

With all that said, lip colour and its trending shapes have evidently evolved thoroughly through the decades, and unlike present time, the trends were heavily influenced by the economic status of the American society and even pop culture, ultimately paving the way for its bold liberation.

Let’s take a look back at the lip colour and shape trends through the decades according to forecaster Li Edelkoort, one pout at a time: The 20’s – Prohibition and Rebellion

In the roaring twenties, a matte, heart-shaped mouth in colours like black and garnet red was considered seductive and it was a means for women to push their boundaries during a time that marked a new freedom for the fairer sex. Though still feminine, the shape of the mouth is daring – the cupid’s bow is exaggerated and the lips are given a bee-stung look. After witnessing a traumatic economic downturn during the Great Depression, women highlighted their thrifty and steely conduct through a lip shape that has the tips of the cupid’s bow emphasised with sharp edges. Lip colours of the time were reddish brown hues with a satin or glossy finish, exuding a hint of androgyny. Full, pouty lips in a brilliant scarlet red with symmetrical curves were all the rage despite during the 40’s despite being dominated by the World War II. While the men spent their time at war, the women had to fill the roles that were once occupied by men, hence a bolder, more courageous look that radiates self-assurance. Women were embracing their sexuality and femininity during the post-war period, yet they opposed traditional female roles and were in a state of ambivalence. During the period of reconstruction of the economy, women sported a voluptuous lip shape by drawing a new lip line to magnify the size of their puckers, mostly in bright red or pink.

The 60’s – Flower Power and Rebellion

The sixties were full of happy hippies, whereby unconventional beauty standards were celebrated. Consequently, lip colour was still applied, though very subtle in shades of shimmering nude, baby pink and silver, with a full but soft pout that symbolises youth and ultimately allowing the spotlight to be on sexuality, especially the breasts and the derrière. Ah. The swinging 70s was when pop culture took centrestage, with disco, the rise of legendary musicians, an explosion of colour and lots of statement-worthy styles by women who weren’t afraid to bend social conventions. Needless to say, a shimmery lip to complement the vibrancy of the decade was popular, in glittering crimson or burgundy red.

Punk was a huge part of the 80’s and it indefinitely had an influence over the way women dressed or presented themselves to society. Dark lips, sometimes with metallic finishes, were a common sight, and the shape is wide, paying ode to the gender-bending and provocative culture during the time. Let’s just say that the 90’s was the year of experimentation whereby fashion was lifted off of its rules, with the internet, cell phones, hip hop, and the fitness wave weaving through the years, socially and commercially governing the decade. Grunge and pop was also reflected through pronounced outlined lips in a plethora of dark and bright colours, but especially brown.

A new appreciation for natural beauty developed in this new millennium, and echoing that notion, the lip shape is kept natural, with soft and warm my-lips-but-better shades such as pastels or shimmering nudes, pinks and apricots that do not draw the attention away from the whole face.

Trends are forever unpredictable, but Edelkoort suggests that very light nude lips will demonstrate the human beings’ desire to champion sustainability and appreciation for the earth, and that thinner lips will prevail in the 2020’s. Eventually, history will repeat itself and flawless red lips will return in the post-recession era. CONTEST: We’re giving away an exclusive box of all 15 M.A.C Retro Matte Liquid Lip Colours to one lucky Lipstiq reader, in conjunction with International Lipstick Day on 29th July 2017! That’s right, YOU could be the one with 15 new liquid lipsticks. 😀

Here is how you can participate:

We will be announcing the lucky winner who will be receiving all those lippies on 29th July 2017 on #internationallipstickday. Good luck, beauty junkies! 😉