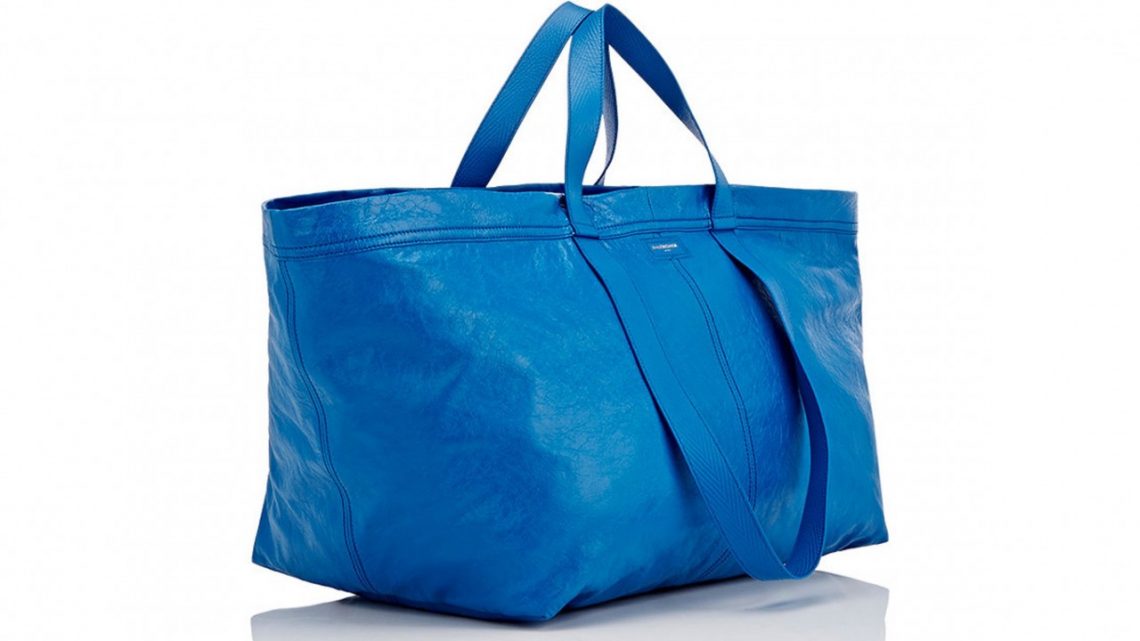 Oh, Balenciaga.. As if the cheap-looking plastic utilitarian bag and blanket bag wasn’t enough, the French luxury fashion house has reimagined the Ikea carryall shopping bag – Frakta – we all know of.

The Ikea knockoff – called Arena – even comes in the same blue colour, is made of a glazed leather that emulates the look and feel of the Ikea bag material, and comes with similar four handles – two shorter ones and two longer ones.

HAHAHAHAHA Balenciaga Is Selling the Ikea Tote for $2,145: https://t.co/BemTr6ttw4 via @TeenVogue pic.twitter.com/FvO3ag9EKa

The biggest difference is of course the price.. Balenciaga’s version of the bag from the Swedish home furnishings store costs $2,145 (approximately RM9441.43), whereas Ikea’s Frakta is a RM2 bargain. You do the math..

It’s unclear whether Balenciaga’s luxury yet lazy tote design is inspired by the Frakta bag, but Ikea apparently said that it is “deeply flattered” by the copy, adding that, “Nothing beats the versatility of the great big blue bag!”

Who wore it better? Balenciaga or IKEA? pic.twitter.com/LCB9Qri2xN