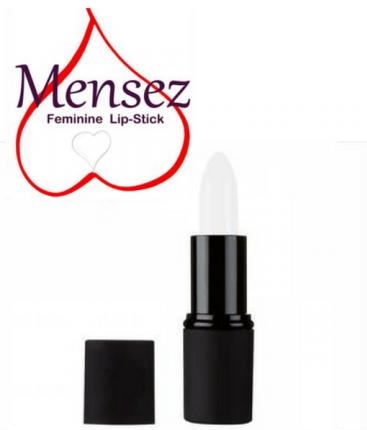 Somewhere in the world (Kansas, America) lives a man who has no idea how the female body works and thinks periods are basically women leaving trails of blood everywhere.

To which, his answer to helping women everywhere to control their periods (as if tampons and sanitary pads weren’t revolutionary enough) and stop the bleeding with a lipstick that glues vagina lips together. You know, so you won’t leave your icky period blood everywhere and it stay contained from the eyes of Daniel Dopps, the American chiropractor who invented the world’s latest pointless invention.

Sounds far from healthy to me.

According to METRO, Daniel Dopps, the man behind the creation – which has been named Mensez – explains how the adhesive would work on social media.

Comparing it to how you can temporarily stick your face lips together if they’re dry enough, the post explains that “all you had to do was wet your lips from the inside with saliva and they became unstuck. This is the principal behind Mensez” – users apparently simply pee and all the period blood “automatically washes away into the toilet”. OUTRAGEOUS.

On the same note, the Facebook post labels the invention a “revolutionary” and, wait for it, “safer” means for women to “control their periods”. Because there’s nothing safer than contained period blood, right? *rolls eyes for 3 years*

Here is my response to @menseztech's extremely stupid and dangerous 'product' they call a 'feminine lipstick' https://t.co/NUv46aX3EW pic.twitter.com/MCDRvPqxsK

In another post on the Facebook, which was spotted by Twitter user Tara, the product maker boasts that users “don’t have to see [period blood], and you certainly don’t have to touch it anymore”. As if period blood is a vat of toxic substances that will poison you and then you die. I mean, damn.

We’re not so sure about you, but we think we’re sticking to tampons and sanitary pads, tqvm. Granted, we’re gonna have to directly interact with period blood every time we change them, but that’s a risk we’re willing to take as opposed to gluing kitties together.

Just when you thought the human race is at its most progressive state, right? Maybe Daniel Dopps should just stick to his day job as a chiropractor. And pickup a couple of books on Women’s Health, while he’s at it. 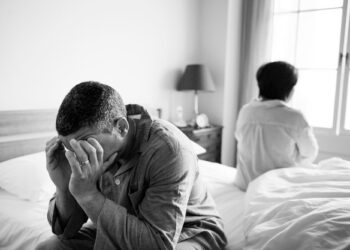