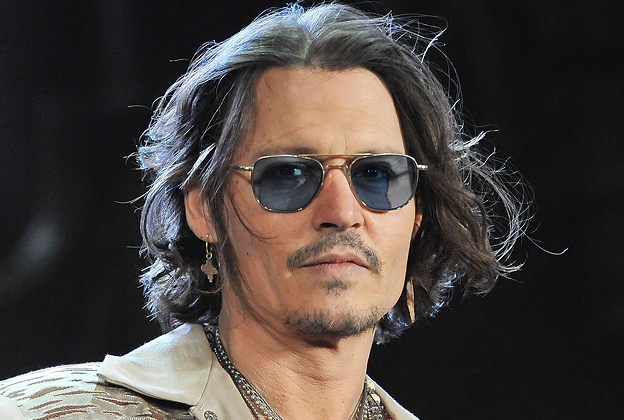 Not too long after the never-ending divorce battle with ex-main chick Amber Heard, Johnny Depp is currently facing another legal drama.. but with some dudes now.

As his divorce from Amber Heard was finalised, earlier this year, the almost veteran Hollywood actor has launched a $25 million (£20.5m) court action against his former business managers, The Management Group (TMG) over claims he has been the victim of gross mismanagement which has costed him tens of millions of dollars.

According to documents filed with the Los Angeles Superior Court, the 53 year old A-lister claims the company and its owners, Joel and Robert Mandel, failed to properly pay his taxes on time, costing him $5.7 million in penalties, made unauthorised loans and overpaid for security and other services.

Well, looks like things has gotten pretty crazy as Johnny Depp’s former business managers counter-sued the actor on Tuesday, claiming his lavish lifestyle that cost more than $2 million (£1.6 million) a month to maintain is the cause of his recent financial troubles and that the star ignored their repeated warnings.

The lawsuit said Depp paid more than $75 million to buy and maintain 14 homes, including a French chateau and a chain of islands in the Bahamas. Among the most extravagant expenses listed in the counter-suit were $3 million spent to blast Hunter Thompson’s ashes out of a cannon and $30,000 a month spent on wine.

Depp also spent heavily to buy a 150-foot yacht, fly on private jets and cultivate collections of fine art and Hollywood memorabilia requiring 12 storage facilities to maintain, the lawsuit said. The counter-suit said Depp’s tax returns were always filed on time, and taxes were paid when the star had money available to pay them.

The company handled his finances from 1999 until early 2016, an especially lucrative period in the actor’s career where he launched the blockbuster Pirates of the Caribbean franchise and other big-budget releases, including Alice in Wonderland and the 2005 iconic film Charlie and the Chocolate Factory.

The counter-suit seeks a judge’s ruling that Depp is to blame for his financial troubles, and $560,000 in fees The Management Group said it is owed. The money being sought comes on top of $4.2 million the firm announced on January 13 that it was seeking from Depp for repayment of a loan it said it made to the actor.

Talk about rich people problems. We’re just glad we still have some money left for lunch. 😋