Find Out Why Chinese Authorities ‘Arrested’ This Ronald McDonald Statue 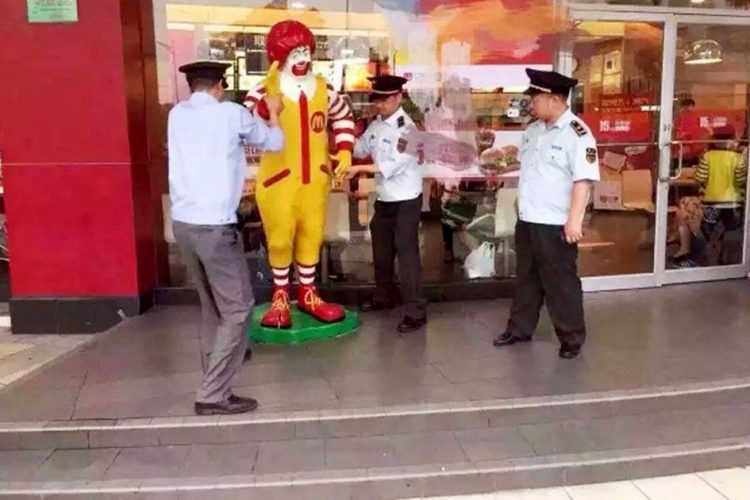 It’s not everyday you get to witness the arresting of a Ronald McDonald statue, right? No, you did not read that wrongly.

A statue of the iconic clown was removed at a McDonald’s franchise, leaving only his signature big red shoes behind, in southern Chinese city of Guangzhou as it was reported to be blocking sidewalk foot traffic.

Guess no one liked the fact that they were bumping into Ronald more often than they should..

The operators of the outlet were warned plenty of times to remove it as it was delaying pedestrian traffic.

“We’ve asked them to remove the Ronald McDonald statue from the sidewalk several times but they have refused to operate, if the McDonald’s staff admit their violation and accept the punishment, they can have their statue back” a city official said.

No more sidewalks for you, Ronald.