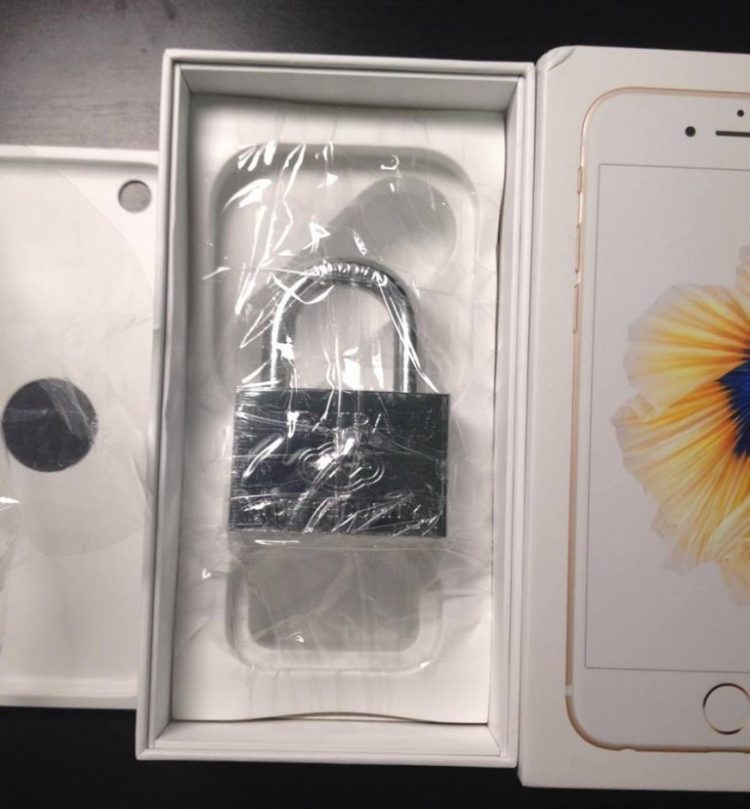 Online scams can be a real outrageous, and this one in particular is surely a bummer.

Facebook user, Alans Ng, got fooled recently. He shared his story via social media after he received a metal padlock when he ordered an iPhone 6S and paid almost RM3k for it. He ordered the phone from 11street Malaysia, and was taken aback when he received the parcel. It contained nothing but a metal padlock encased within the packaging of the iPhone 6S. According to Ng, the manufacturer blamed the distributor, saying that someone replaced the original content with the steel padlock. He also added that SkyNet played no part in stealing the content as he noticed that the phone’s plastic wrap packaging was intact. He ended his post with a request for the authorities to get to the bottom of this.

Ng then updated, saying that he received a call from the seller who asked him to return the package, and that they would give him a genuine device.

11street Malaysia has released two official statements regarding the incident, and has since then replaced Alans’ padlock with an actual iPhone 6S.