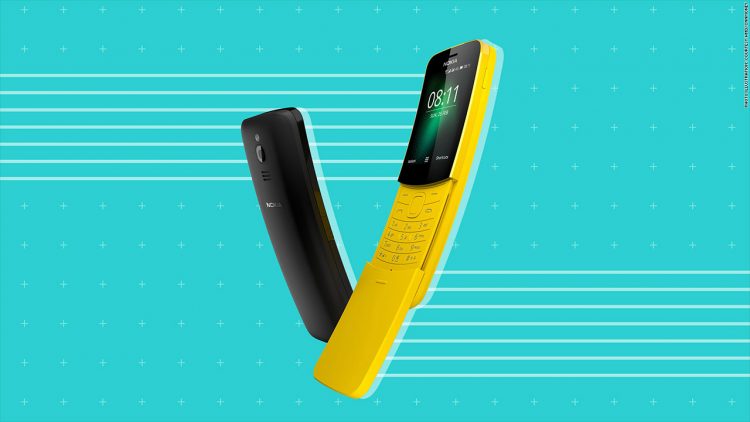 Tech giant Nokia is grabbing headlines once again by dusting off some long-abandoned models and shoving a number of modern features under the hood.

Last year it was the reboot of the 3310 – complete with a camera and the ability to connect to the internet. Now, the HMD Global-owned company has reintroduced the Nokia 8110, the slide-down “banana phone” made popular by Keanu Reeves in The Matrix movie after its first release 22 years ago.

Has the smartphone design peaked? Even though the modern-day smartphones seem shinier or slimmer, manufacturers seem to be churning out relatively similar devices, with only slight updates – an upgraded camera, or animated emojis of some description.

They’re struggling to differentiate themselves in a crowded market and ultimately, you’ll see signs of fatigue.

Nokia is re-releasing the banana phone from The Matrix. https://t.co/Y4tHj83lfJ pic.twitter.com/Mb8uIX0r03

Thus, this makes the comeback of Nokia’s iconic “slider” banana phone is somewhat refreshing. However, despite a few tweaks and some extra features, the 8110 still falls far short of modern smartphones as it is just a feature phone, running a forked version of the dead Firefox OS (!!).

Equipped with a real numeric keypad and polycarbonate slider, it’s got 4G, for one. Facebook will also be available through an app store at some point and there will be some form of access to Google’s Assistant, Maps and search, as well as email, texts, Twitter and the new Snake.

Ring ring rin ring… Ring banana phone!
Nokia’s banana phone from The Matrix is back and its simply awesome. In this continuous transformation era of the smartphone, I never wanted to buy phone continuously… But now I want this one. #Nokia pic.twitter.com/izm2IUjoc1

HMD suggests the 8110 is a great “weekend phone” that gives people the “chance to switch off, have fun and relax in the knowledge that all your smartphone essentials are there when you need them”. Hmm, pretty sure some Malaysians have their own meaning of “weekend phone”. LOL

The new Nokia 8110 will be available in black or banana yellow starting from May onwards for EUR 79 each. Watch this space for more updates.