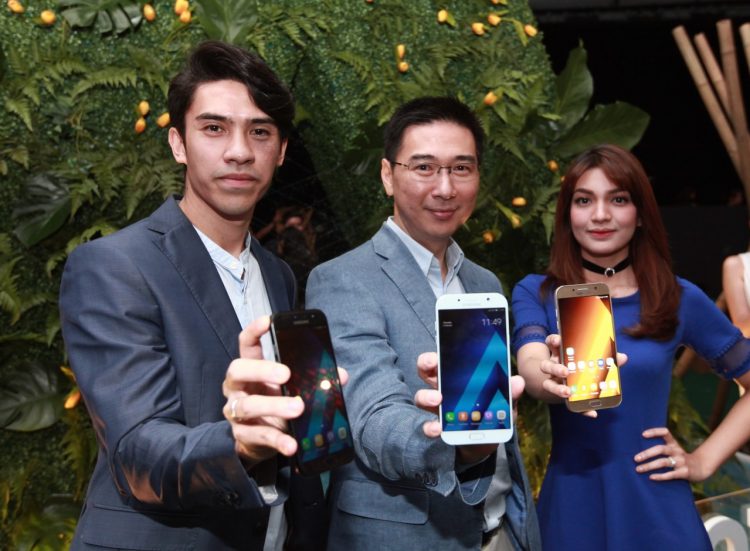 Most tech-loving millennials live life on the edge and spontaneity is their spice of life. Mirroring this carefree outlook on life, Samsung released two devices in its Galaxy A Series (2017) range – the Galaxy A5 (2017) and Galaxy A7 (2017). The two devices are meant to complement the requirements of connected millennials on their journey of seeking life’s pleasures in the most gratifying way.

The Galaxy A5 (2017) and Galaxy A7 (2017) are Samsung’s first mid-range smartphones to showcase an IP68 dust and water resistance rating, so users can live unplanned and be ready for anything that is thrown their way. The 16MP front and rear camera equipped with a f1.9 lens and Light+ Camera feature as well as a Floating Camera Button enhances convenience, and promotes sharper photos, even in lowlight conditions.

Similar to its flagship Galaxy devices, the Galaxy A Series (2017) offers a Full HD 5.7-inch and 5.2inch Super AMOLED displays, and both the devices are Samsung Pay ready. The secure mobile payment service, which is NFC (Near Field Communication) and MST (Magnetic Secure Transmission) enabled, is now effective with Maybank Visa cardholders, with more such as CIMB Mastercard, Citibank Mastercard & Visa, and more to be made available soon.

PS: Pre-order your Galaxy A Series (2017) at selected Samsung outlets from 6th to 15th January 2017 to receive a complimentary Samsung Level U Pro wireless headphones worth RM399. For online pre-orders, access Samsung’s online stores on Lazada or 11street.