Klook: Gallivanting Through Europe & Soaking Up Experiences Without Hassle 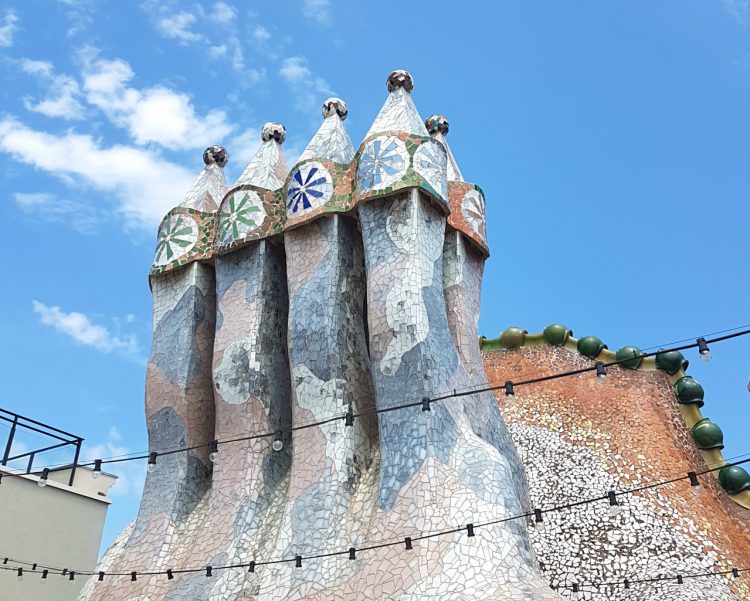 Atop the Casa Batlló, designed by famed architect Antoni Gaudí in Barcelona, Spain

It’s now been about a month since my return from the life-changing, two-month solo escapade I embarked on in Europe and in all honesty, it hasn’t been easy re-adjusting back to normal routine. I constantly feel disconnected, uncertain and confused, questioning every aspect of my life and wondering what’s next.

That aside, I find myself often reminiscing about the tremendous memories etched in my mind and heart from all that soul-searching and befriending strangers on the road whom I now call friends. As cliché as it sounds, I guess travelling, especially for a long period of time, really does change you in more ways than one.

While in Europe though, I was fortunate enough to be able to partner with Klook, a full in-destination booking platform, for an opportunity to experience some of its endless offerings, particularly since the Hong Kong-founded brand had recently expanded to Europe, serving major cities like Paris, Amsterdam, Barcelona, Berlin and more.

Here are five experiences and conveniences I booked through Klook while in Europe which showcases the versatility and ease of use of the platform:

Ah, Paris. It was the city where I first dipped my toes in within Europe and learned to, well, enjoy doing nearly everything solo. With a vicinity this large and so much to see and do, I knew the easiest way to go about it was to purchase an all-in-one tourist pass that would allow me into various attractions without having to purchase tickets in advance.

Needless to say, the Paris Pass on Klook was one of the best decisions I had made. Not only was I able to skip the queue at many of the high-frequency attractions such as the ever so frequented Louvre Museum, the pass also granted me unlimited travel across central Paris via the Metro, buses, RER, trams and even SNCF overground trains.

Should you also be new to the city and have little to no clue as to where you should begin exploring, I cannot recommend the Paris Pass enough. It didn’t just save me time and money, but also the hassle of figuring out the transportation system and reserving tickets through multiple websites.

Barcelona, Spain
Wine and Cava Half Day Tour from Barcelona

Anyone who has stepped foot in Barcelona would probably know how absolutely trying it is to peel away from all the irresistible tapas, pintxos and paella available on offer. Also, who could say no to its endless and glorious array of delectable wines? I made it a point to visit a Catalonian winery and it was the most fun I have had in a while.

We were transported in a private coach to not one but two family-run boutique wineries, with the first being over 2,000 years old. Our hottie of an expert winemaker divulged on the winery’s history, the grape varieties, vine growing, and wine making before we were taken on a tour through the dark and dingy yet intriguing cellar.

A trip to a winery wouldn’t be complete without a visit to the actual vineyard and we did just that on board a convertible 4×4 vehicle. The highlight though, without a question, was tasting the delicious wines, accompanied by some gourmet delicatessen, including some of the best and freshest olives, grown in the vineyard itself, I have ever had.

Our next winery was meant solely for cava, which is essentially Spanish sparkling wine. We were ushered into a lavish-looking Capella, the heart of the cellar, where we then tasted cava, paired with a handful of yummy appetisers. Thanks to all that booze, there was instant camaraderie and it was as if we were a bunch of old friends getting together.

It didn’t take long for me to fall in love with Berlin. Old and new mingle in this effervescent city that is full of the unexpected, whether you’re after rich history, trendsetting culture, progressive architecture or a wild nightlife. Also, despite its ethnic diversity, Berliners have a carefree, non-judgemental outlook on life, allowing you to be whoever you choose.

While the S-Bahn and the U-Bahn are highly accessible, I wanted to soak up the sights of the city with a varying perspective and ended up booking a 3.5-hour bicycle tour on Klook. It was a small group of eight to my surprise, and I learned way more about Berlin’s 800-year old bygone days than I ever would have if I hadn’t gone on this tour.

We pedalled through the city following after our guide, stopping by hidden gems like Stolpersteines or stumble stones bearing the names and dates of life of the victims of Nazi extermination and persecution, important landmarks like the Brandenburg Gate and the Holocaust Memorial, and even prime sites that attest the morbid aftermath of the World War II. Amongst the 18 cities I had visited in Europe, Amsterdam was easily one of the most expensive ones. Looking for hostels that were priced within my minuscule budget was painful, and so was searching for decent food that wasn’t piping hot fries in a paper cone topped with mayonnaise, which is the most popular street snack in the city.

Yet with the cut-throat prices, I was after a fancy dining experience sans the hefty price tag. The options weren’t many, but I settled for dinner at the Grand Café Restaurant 1e Klas, as found on Klook. After I had purchased my three-course meal voucher, reservation was as easy as ringing the restaurant.

Designed by famed architect Pierre Cuypers who is also behind the Dutch Rijksmuseum, the lavish restaurant, which is conveniently located within Amsterdam Centraal, boasts a traditional Art Nouveau interior adorned with grand chandeliers and sophisticated, mid-century modern furniture fit only for the affluent.

The food was no less impressive. I had to choose a starter, main and dessert from an elaborate menu, finally deciding on the Enriched beef bouillon with chives and forest mushrooms, Argentinian rib-eye steak with herb butter and Homemade cheesecake. Evidently, I left the restaurant a happy customer.

I dreaded October 1st. It marked the end of my two-month solo voyage across Europe, and as much as every fibre of my body had wanted to stay, my flight back home to Kuala Lumpur was due. It felt extremely bittersweet as I was packing up my bags for the final time in the hostel, but alas, my responsibilities await.

While getting around the city was a piece of cake with the tube, getting to the Stansted Airport, my port of departure, from central London meant that I had to catch a separate train. The Stansted Express was, after all, the quickest way there as I was advised by one of the many new pals I had befriended.

Luckily, I was able to get myself a Stansted Express ticket off Klook. All I had to do was get it printed and upon arriving at the Liverpool Street Station where the train departed, I flashed the ticket for easy, fuss-free boarding. It’s not just experiences you can book via Klook, but also conveniences such as this that make travel that much smoother.

Check out Klook for hassle free travels and have a safe journey!