Giveaway: Snag Yourselves Passes To The Preview Screening Of GEOSTORM 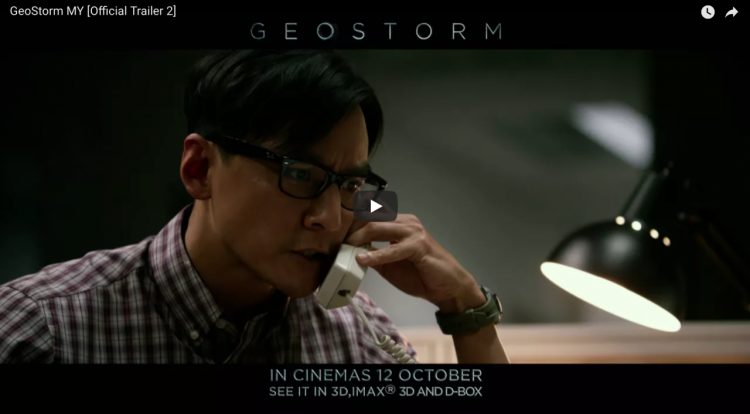 After an unprecedented series of natural disasters threatened the planet, the world’s leaders came together to create an intricate network of satellites to control the global climate and keep everyone safe.

But now, something has gone wrong—the system built to protect the Earth is attacking it, and it’s a race against the clock to uncover the real threat before a worldwide geostorm wipes out everything.. and everyone along with it. Butler stars as Jake, a scientist who, along with his brother, Max, played by Sturgess, is tasked with solving the satellite program’s malfunction.

The question remains – will Jake and Max be able to solve the satellite program’s malfunction in time?

GEOSTORM hits cinemas on 12 October 2017 throughout Malaysia, but we’re inviting you to join us for the premiere of the sci-fi thriller ahead of its official release!

Submissions will no longer be accepted by 6pm on 9 October 2017.

For more on GEOSTORM, search #GeostormMY or head on over to Warner Bros. Malaysia’s FB page.