Though the trailer doesn’t really give off an actual plot, The Killing of a Sacred Deer has been reviewed as being chilling and harrowing.

The official synopsis describes the film, “Steven, a charismatic surgeon, is forced to make an unthinkable sacrifice after his life starts to fall apart, when the behaviour of a teenage boy he has taken under his wing turns sinister.”

The surgeon, is none other than Colin Farrell, whereas Nicole Kidman plays his wife. Dunkirk‘s Barry Keoghan plays the teenage patient, alongside Raffey Cassidy and Sunny Suljic as Farrell’s children in the movie.

Director Yorgos Lanthimos’ past projects have been nothing short of terrifying, and we wouldn’t expect anything less. The Killing of a Sacred Deer opens end October 2017. 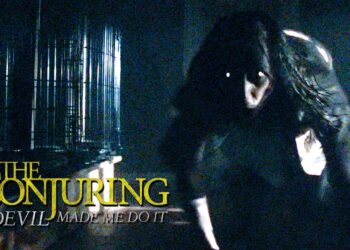