Halloween is the best time to get out of your comfort zone and be someone you’ve always wanted to be. Whether it’s a superhero or another celebrity – there are so many different ways to dress and no one will judge you on this specific day. We’re looking at some of the best costumes from celebrities through out the time. These celebrities really go all out when it comes to Halloween!

1. Can you guess who this is? It’s none other than Heidi Klum – she’s known for her passion for dress up on Halloween. In fact, she holds an annual Halloween just to dress up! This was her costume in 2011!

3. Debra Messing and Daniel Zelman (Now ex-husband) attended a Halloween party in a very ‘Night Before Christmas’ theme. But we love how they did it as a couple.

6. Now this was a classic Halloween costume. Nick Lachey and Kelly Ripa decided to dress up as Kim Kardashian and Kris Humpries – this was RIGHT after they decided to divorce. Oops. But it was a pretty neat idea.

7. Did someone say Toddlers and Tiara? Fergie decided to go back in time and dress up as one of the girls on the show. Pretty adorable if you ask us! If you’ve always wanted to be a princess – this is a pretty good look.

8. Jessica Simpson tweeted this photo of her in her Halloween costume – she was mummy.. get it? She was pregnant at the time. Pretty quirky idea!

9. Lauren Conrad tweeted this photo of herself during Halloween – and well, ‘Hit Me Baby One More’ time was brought back. Britney Spears would be proud!

10. Funny woman, Sofia Vergara dressed up as an Angry Bird last year – With the noise she makes, we’re pretty sure she made the look work.

11. Brooke Shields and her girls dressed up The Addams Family‘s. Brooke was Uncle Fester!

12. Gwen Stefani showed up to a Halloween as Cinderella – and she makes a pretty gorgeous one! Where is her glass slipper?

13. Jennifer Love Hewitt and  then boyfriend Jarod Einsohn attend Kate Hudson’s party as Angelina Jolie and Brad Pitt. We love how there are kids dangling around their costume – pretty smart, if you ask us!

14. Nina Dobrev tweeted this photo of herself are Hermione Granger from Harry Potter – and to add that kick, she added pictures of Harry and Ron on her shoulders. Now, that’s what you call effort!

15. Kate Beckinsale with husband Len Wiseman were the Frankenstein couple – we love it! They look so good! 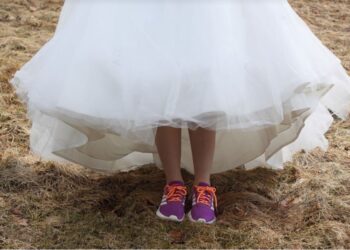