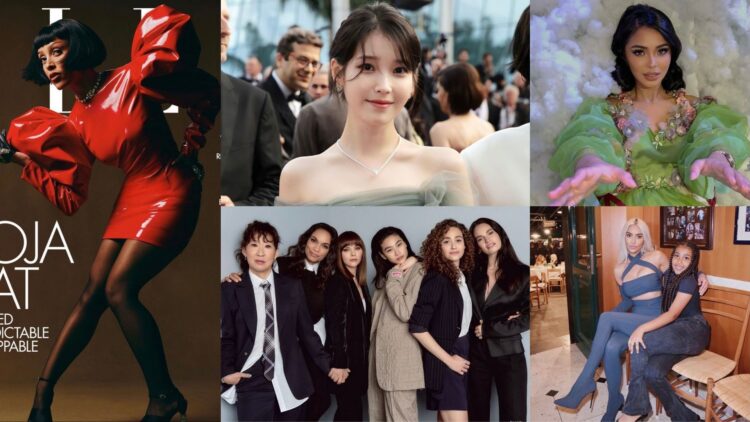 Tyra Kamaruzzaman is giving us the FULL princess fantasy in her ethereal green dress she wore for her Disney Princess Lip Tints & Mascara launch for BeauTyra!

Kim K and her daughter North just went on the best mother-daughter date ever, wearing matching blue lewks for the gram!

IU slayed the red carpet at this year’s Cannes Film Festival for her new movie “Broker”, a drama film directed and written by Hirokazu Kore-eda!

Doja Cat is giving FACE on the cover of ELLE’s June/July issue and we’re gonna need 100 copies of it ASAP.