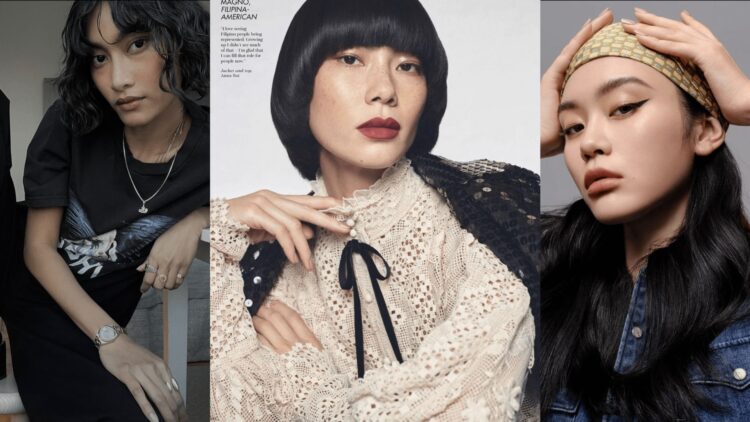 I think most of us can agree that there is a lack of Asian representation in the modelling industry and Western publications. Yet, in recent years, there has been a progression in Asian representation in modelling, especially with the promotion of Chinese and South Korean models in recent years. Here are 5 Asian models and trailblazers you need to keep an eye on in 2022:

Ming Xi is undoubtedly one of China’s top supermodels thanks to her superb beauty, and regal demeanor. 2009 saw the beginning of her professional modeling career after she participated in a TV contest. After making her runway debut for the Givenchy Haute Spring Show, she went global and later became the face of the brand’s Fall/Winter advertising campaign. She also appeared in the 2013 Victoria’s Secret Fashion Show! She has since collaborated with luxury brands like Dior, Cartier, and Louis Vuitton!

If you’re into fashion, you’ve likely heard of the iconic Liu Wen. She was the first Chinese model to walk the Victoria’s Secret Fashion Show and the second Chinese model to appear on the front cover of American Vogue! Her career holds a lot of records, as she is the highest-paid East Asian model according to Forbes magazine’s list of brand ambassadors for several international cosmetic lines. She was the second most booked catwalk model of the year in 2010! More recently, she is seen on magazine covers like Marie Claire China, Vogue China and GQ China.

This Malaysian model is certainly one to look out for! The Kota Kinabalu-born talent first started traveling for work at the age of 18. She told buro247, “I was trying to get signed in Malaysia, but it was hard and I did not get any response. I decided to fly over to London to meet the agencies there, then Milan, and only got signed in New York.” Since then, she has worked with countless designers and brands from Rick Owens and Lemaire to Marine Serre!

Growing up as a Filipina-American, she always felt confused and ashamed of her heritage due to the under-representation of Filipino people. However, her career has blossomed in recent years as she has appeared on the cover of Vogue Thailand, a British Vogue Editorial “Reflections On Beauty”, Vogue Korea, American Vogue, the face of NARS Cosmetics, and most recently, the Balenciaga Resort 2023 Show in New York!

A model from China, Isabelle has worked with a number of international brands like Tom Ford, Vivienne Tam and Glam Glow. In 2021, she was a part of the reality show Supermodel Me in Singapore and has since worked with brands such as Ralph Lauren and Eese! She’s slowly breaking into professional modeling, thanks to her distinctive editorial look. Definitely one to look out for in 2022!

More on models? Read these:

The Skin THEY’RE In: Supermodel Skincare Secrets We’ll Let You In On!