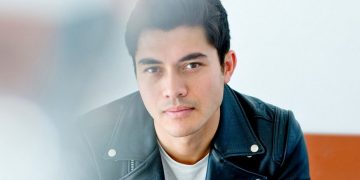 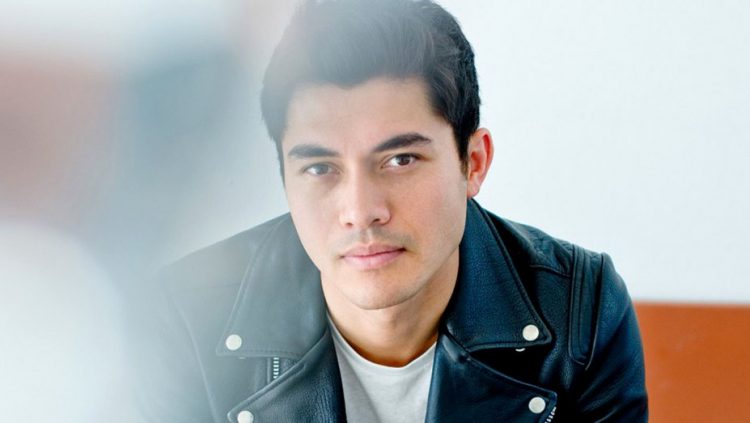 When news broke that Warner Bros. and director Jon Chu were in search for their Nick Young for their upcoming adaptation of Kevin Kwan’s bestselling 2013 novel Crazy Rich Asians, little did we know that that young man was later going to turn out to be our Malaysian Henry Ewan Golding.

Pssst… Hey, you! Lean in, I gotta secret to tell you… I have a terrible addiction to cat videos on the internet 🤓

You probably remember watching him on 8TV Quickie whilst growing up, and since then, he has consistently been hitting strides in his career, and that includes being successfully cast for his first feature film which he called, “an absolute dream come true”, starring alongside Rachel Chu’s Constance Wu and Eleanor Young’s Michelle Yeoh.

By now we would have established that he is half Malaysian, and that he is undeniably good looking. But do you really know much about him though? He is definitely one to watch out for, so you better learn up. Before we share with you seven facts about Henry, here’s the full trailer for Crazy Rich Asians!

He is British-Malaysian – While Henry’s mother is of Iban ancestry from Sarawak, his father is English. Though their family lived in Terengganu until he was 7, they all moved to England thereafter and in 2008, he moved permanently back to Asia. And even with ethnically diverse parents, he holds his traditions to the highest regard as he, too, underwent the bejalai ritual, an Iban rite of passage into adulthood.

He is a professionally trained hairstylist – Before pursuing his passion for the entertainment industry, the 31-year-old hunk actually trained professionally in hairdressing and also worked as a hairstylist. We cannot be sure if he does cut his own hair, but hey, it always looks good, so no issue there. It just shows how versatile this magnificent work of art (we’re talking about Henry himself) can be!

There's something brewing on the @warnerbrosentertainment Lot with @theellenshow and @crazyrichasians… Stay tuned! 🤓

He didn’t go to college – Higher education isn’t everything, alright? And there are walking proof who can attest that – Bill Gates, Oprah Winfrey, John Lennon.. the list goes on. In a 2010 interview with The Blisscipline, Henry said, “That format of education and learning wasn’t the sort of way that my brain works, I’m more hands on.” He added that his parents were super supportive of his choices, and we’re glad he has now sorted himself out.

His résumé is lit – He isn’t just some hairstylist turned television host. Who remembers him on 8TV Quickie years ago from 2007 until 2010? His superior list of experiences includes gigs for ESPN, BBC, Fox, NBC Universal, Discovery Channel and National Geographic. And now, he is on his way to becoming Malaysia’s rising Hollywood star, making us proud every step of the way.

He’s unfortunately taken – For those of you who thirst unapologetically, he’s married, okay? He tied the knot with Italian-Taiwanese television presenter and yoga instructor Liv Lo who is based in Singapore in August 2016. They met on 1 January 2011 in a restaurant, and four years after the first date, Henry proposed to her on their anniversary in Phuket. At first, Liv, who is 18 months older than Henry, thought he was too young for her!

He is acting alongside Blake Lively and Anna Kendrick – We know everyone is talking about Crazy Rich Asians at this point in time, but can we please pay some attention to the fact that he is starring alongside none other than Gossip Girl alum Blake Lively and the Pitch Perfect franchise’s Anna Kendrick in his new thriller A Simple Favour? Like.. What?!! That’s a HUGE deal, and we’re so very stoked to watch him in action.

Waiting for @livvlo to get back from South Korea like… 😴

He is a self-proclaimed cat whisperer – Henry is obsessed with cats and that makes him that much cuter. Not only does it say “occasional cat whisperer” on his Twitter profile bio, he even had a cat-themed birthday party for his 30th birthday, where the birthday boy and his guests were all photographed wearing cat ears. Needless to say, many felines also pop up on his Instagram feed from time to time. Not that we’re complaining..

Here’s Henry Golding and his co-star Constance Wu on The Ellen DeGeneres Show: