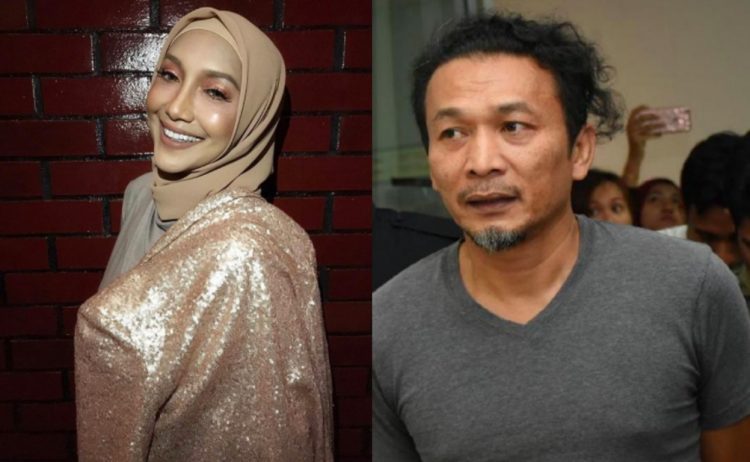 Popular local singer and actress Ziana Zain has lodged a police report on her husband of 20 years, who she claims has voluntarily whipped their 9-year-old son, Muhammad Ariel.

The husband, whose real name is Armin Zaharin Ahmad Zambri, was charged in the Magistrate’s Court today for abusing the couple’s youngest son with a cane which caused him to bleed and left bruises on his tiny body, at their residential house in Denai Alam, around 4am on Feb 25.

“I’m just trying to teach him how to pray and recite Al-Quran, but he doesn’t get it,” claims Armin Zaharin, saying, “I’m not an abuser!”

Question is, why on earth would you do that in the middle of the night? It was 4AM. The child was probably really sleepy which may have caused him to lose interest in learning anything, basically.

The charge under Section 324 of the Penal Code states that Armin may face a maximum 10 years imprisonment, or pay fine, or whipping, or any two of the punishments on conviction.

Deputy public prosecutor Megat Mahathir Megat Tharih Afendi suggested the collateral fee to be RM10,000 with one guarantor, while Magistrate Raja Noor Adilla Raja Mahyaldin set RM5,000 as bail with one surety. The re-trial will be held on 4th April 2018.

Armin, 53, was arrested on 2nd March 2018 after Ziana Zain filed the police report on 27 February 2018. The pair married back in 1998, when Armin was still working as a flight attendant on Malaysia Airlines, and have four children together, Muhammad Aiman, 18, Muhammad Ammar, 14, as well as twins, Muhammad Ariel and Siti Nur Kaseh, 9.