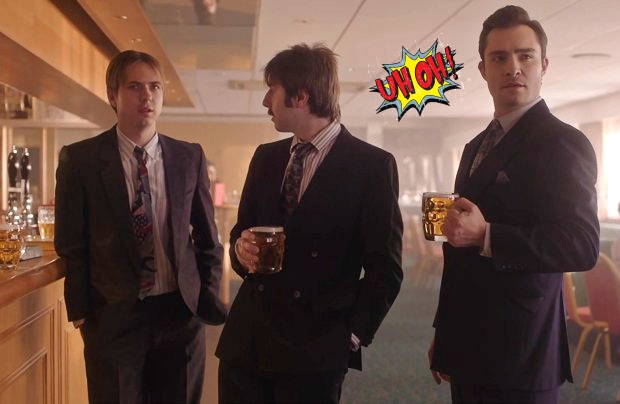 Gossip Girl’s Chuck, Ed Westwick has been dropped from the BBC’s adaptation of Ordeal By Innocence — a 1958 novel of detective fiction by renowned author Agatha Christie — after a number of sexual assault allegations were made against the actor back in November.

Although Ordeal By Innocence had completed filming in September, TV giant BBC pulled the three-part holiday special after two women came forward to allege that Ed Westwick had raped them.

While he was strongly denying the accusations, a third woman alleging assault came forward a few days later, resulting him to be dropped from the project, and filming of White Gold, another series starring Ed Westwick, was paused.

The possible rapist will now be replaced by Christian Cooke — who is scheduled to shoot the new footage in Scotland this month as he steps into the role of Mickey Argyll. Christian Cooke has previously appeared in popular series Doctor Who, romantic comedy Love, Rosie, ITV drama Where the Heart Is, Channel 4 mini-series The Promise as well as the 2010 film Cemetery Junction, which was written by Ricky Gervais and Stephen Merchant.

Good move, BBC! As for Ed.. I just wanna say that I am utterly disappointed to find out that my favourite GG star has *allegedly* done such things to those poor women. Let’s stop promoting these kind of behaviours. #OurJobShouldNotIncludeAbuse #MeToo