Shay Mitchell Is The New Queen Bee In Lifetime’s New Series, You 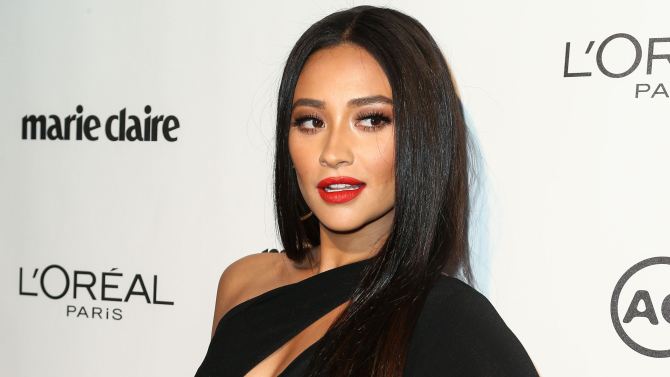 As part of the pact, Shay Mitchell has been tapped to co-star opposite Penn Badgley and Elizabeth Lail in Warner Horizon’s upcoming psychological thriller drama titled You on Lifetime, from executive producers/writers Greg Berlanti & Sera Gamble. Billed as a 21st century love story, You tells the story of Joe (Penn Badgley), a bookstore manager who falls in love with an aspiring writer named Beck (Elizabeth Lail).

Using the Internet and social media as his tools to gather the most intimate of details and get close to her, a charming and awkward crush quickly becomes obsession as he quietly and strategically removes every obstacle — and person — in his way. (Think Dan Humphrey, but from the darkest timeline.)

Meanwhile, Shay Mitchell will play Peach Salinger. With vast resources and family money, Peach is the controlling queen bee of Beck’s (Lail) inner circle of privileged friends. She has her sights set on Joe (Badgley), in a way that feels oddly adversarial with Beck.

Are you looking forward to watching Shay break bad? Sound off in the comments section below!

You will debut on Lifetime Channel in 2018.