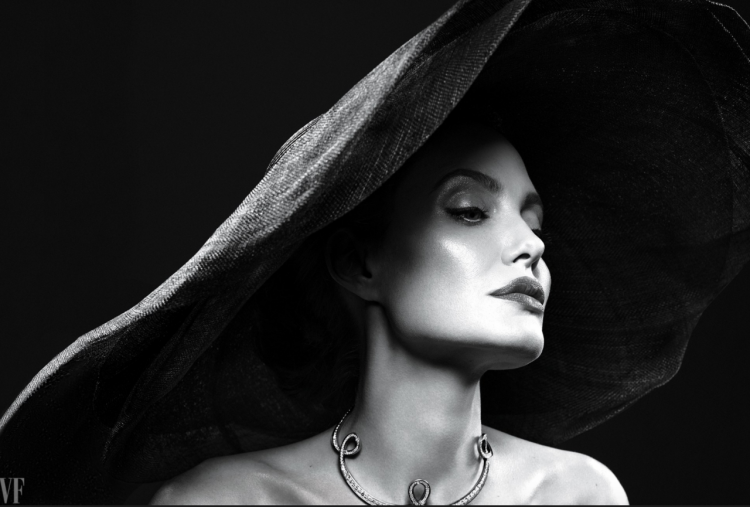 Last year, the world was left shocked when news broke that power couple Angelina Jolie and Brad Pitt were divorcing. And it just surfaced that Jolie spoke to Vanity Fair to detail how her family, including her children, are coping with the separation and a new update on her health.

She didn’t go as far as to unveil the reasons that led to her decision to divorce Pitt, but the 42-year-old actress admittedly said that “…things got bad. I didn’t want to use that word,” after the split. “Things became ‘difficult.'” Almost a year after the announcement of their split, she’s now settling into a $25 million Los Angeles mansion with all her children.

September cover star Angelina Jolie opens up about life after Brad, her struggles with Bell's palsy, putting her family and her health first, and finding catharsis in Cambodia while making her most personal film yet. Photograph by @mertalas and @macpiggott.

The U.N. Goodwill ambassador who had a double mastectomy in 2013 opened up about her hypertension and revealed that she had been diagnosed with Bell’s palsy, when damaged facial nerves causes one side of the face to droop. She said, “Sometimes women in families put themselves last… until it manifests in their own health.”

She adds that acupuncture helps with her Bell’s palsy, but has detected that her skin is turning drier and that she has more grey hairs showing up. “I can’t tell if it’s menopause or if it’s just been the year I’ve had,” she joked, adding that she “actually feels more of a woman” nowadays.

“I feel like I’m being smart about my choices, and I’m putting my family first, and I’m in charge of my life and my health. I think that’s what makes a woman complete,” Jolie mentioned.

Angelina Jolie—actor, director, writer, humanitarian— has the same concerns that all mothers do: "As I go to sleep at night, I think, Did I do a great job as a mom or was that an average day?" Read more about Jolie's new life as a single mother in Vanity Fair's sprawling cover story (link in bio). Photograph by @mertalas and @macpiggott.

On her family’s new home, she said, “It’s just been the hardest time, and we’re just kind of coming up for air. [This house] is a big jump forward for us, and we’re all trying to do our best to heal our family.” Jolie and Pitt were together for 12 years though they only got married in 2014.

“[Our lifestyle] was not in any way a negative,” she divulged. “That was not the problem. That is and will remain one of the wonderful opportunities we are able to give our children…They’re six very strong-minded, thoughtful, worldly individuals. I’m very proud of them.”

She adds that their six children remains to be “healing” from the incidents that led up to the divorce, but clarifies, “They’re not healing from divorce. They’re healing from some . . . from life, from things in life.” Nevertheless, her communication with Pitt recently improved, “We care for each other and care about our family, and we are both working towards the same goal.”

After a life-changing trip to Cambodia, Angelina Jolie has spent the last 15 years expanding her world, her family, her career, and her image. At the link in bio, Jolie gets candid about how "difficult" things have been and how she's moving her family forward. Photograph by @mertalas and @macpiggott.

She further reveals that her own parents’ (Marcheline Bertrand and Jon Voight) breakup taught her how to manage her own divorce, “I was very worried about my mother, growing up—a lot. I do not want my children to be worried about me. I think it’s very important to cry in the shower and not in front of them. They need to know that everything’s going to be all right even when you’re not sure it is.”

And when pressed for her focus in life right now, she answered, “I’m just wanting to make the proper breakfast and keep the house,” she said. “That’s my passion. At the request of my kids, I’m taking cooking classes. As I go to sleep at night, I think, Did I do a great job as a mom or was that an average day?”