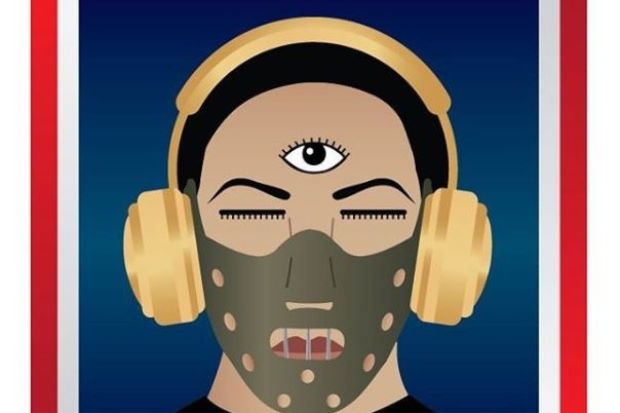 After dropping OK and K.O The Mixtape in 2008 and 2009, local rapper Malique Ibrahim (formerly of Too Phat) finally dropped his long-awaited TKO: Pejamkan Mata last December. The album is clearly in a class of its own with Malique’s sick beats and crazy prose game. But it seems like TKO: Pejamkan Mata‘s cover art is receiving quite a bit of heat from the internet.

According to Hangat, the cover art of the album is getting roasted on the internet due to the presence of a third eye. While everyone’s screaming “Illuminati” at the top of their lungs and throwing major accusations at the rapper, it’s important to know that the third eye on the illustration of a man with his eyes closed, wearing headphones with a Hannibal Lecter-esque mouth guard is not an ode to the “Illuminati” but rather the eye of the heart.

In a report by Mstar Online, Malique himself has commented on the controversy with this statement – “The third eye on the cover art of the album can mean a lot of things, in this case the eye of the heart,

Most who aren’t pleased with the album cover probably misconstrued the message I was trying to convey through the illustration – don’t judge anything by its cover and to take a closer look with a third eye or the eye of the heart to truly understand and immerse one’s self in something or someone,”

Though most would disagree with the rapper’s choice of cover art for the album, we love how TKO: Pejamkan Mata gives us a subtle insight to Malique’s evolution as the man he is today as he gives his fans a closer look at his soft side in tracks like ‘Senyum’, a song dedicated to his daughter Inca Medina that’s bound to melt your heart.