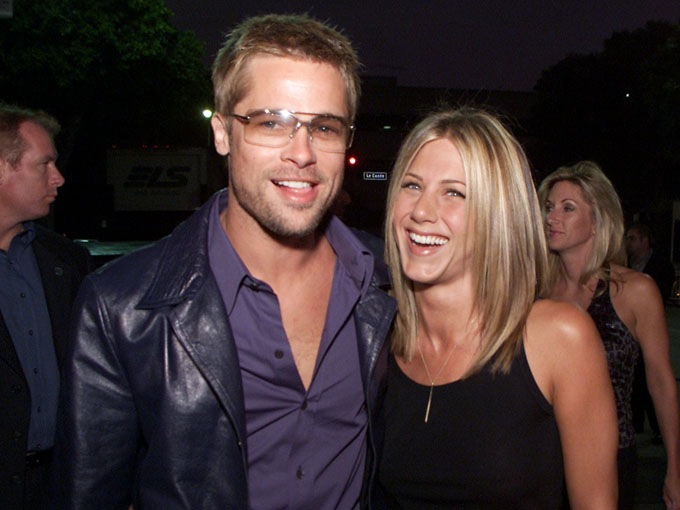 Jennifer Aniston is now happily married to Justin Theroux, but before that, she was once married to Brad Pitt, who is now in the process of being divorced from Angelina Jolie. He’s also apparently texting Jennifer Aniston..

The question is, what is he trying to do? Is he being thirsty?! Is he just looking for emotional support from an ex?

Page Six reported that Pitt reached out to Aniston to wish her happy birthday earlier in February and they have been texting casually since then.

“There has just been some friendly back and forth, nothing more than that,” said the source.

On the other hand, a Us Weekly source says, “Brad told her he’s having a hard time with his split and they exchanged a few texts reminiscing about the past.” Hmm? Wait a minute.

“It isn’t romantic at all, they are friends again,” another source then mentioned to Page Six in rebuttal to whatever Us Weekly was attempting to insinuate. “They made it seem like Brad was running after Jen, and that isn’t true. It is nothing more than they are back in touch with each other.”

Okay, we hope it’s all good, that Justin and Aniston are happy, that Pitt is really just has friendly intentions and that Jolie, who recently spoke about the divorce in an emotional interview, is doing okay.