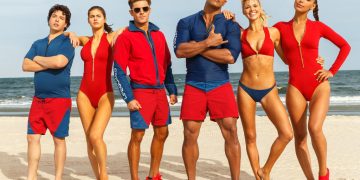 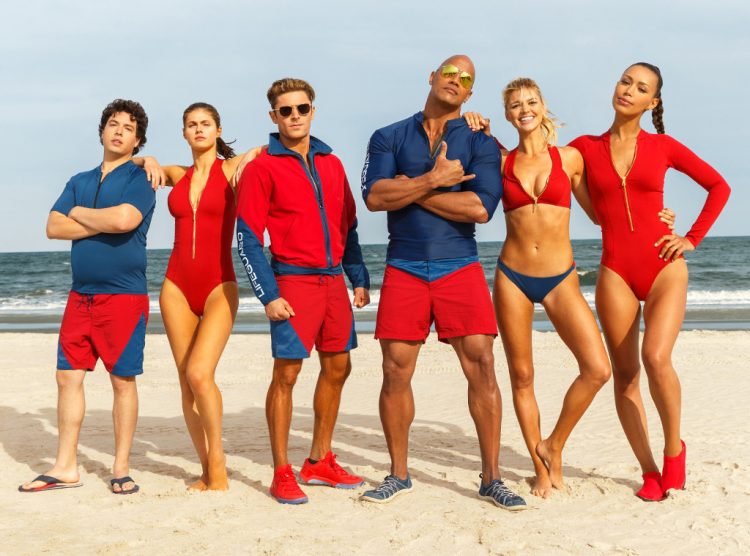 The star studded movie features Dwayne Johnson who plays Mitch Buchannon, the head lifeguard famously played by David Hasselhoff (yeap, the one who hosted It’s The Ship recently), while Zac Efron is Matt Brody, who was previously played by David Charvet on the long-running hit TV series.

While it’s too early to tell if it’s any good, it does look like your typical Mission-Impossible-On-The-Beach kind of film. Watch the trailer here:

The trailer opens with sexy shots of the ocean and Mitch Buchannon, a hard-working, no-nonsense lifeguard who has to work with a douche but extremely good looking Matt Brody to save

the sinking name of Baywatch. Then enters the twist and a mystery when his boss confronts Mitch about how the city council is cutting back funding for their team and that they’ll need to rebrand Baywatch.
We know what you’re thinking. Yes, it does feature a lot of explosion scenes, but no, the film was not directed by Michael Bay. The brains behind the operation is actually Seth Gordon who directed Horrible Bosses, so be prepared to witness a lot of R rated clips in the movie!
OK, now we need to talk about Priyanka Chopra.

Remember all the fuss everyone made about the Bollywood actress starring in the upcoming Baywatch movie alongside 2016’s Sexiest Man Alive? Well, the immense hype created about her getting a meaty role in the film (which was originally written for a male actor, but then modified for her), certainly couldn’t be seen in the trailer.

The actress’ presence is hardly noticeable, in which the sneak peek only featured a two second glimpse of Priyanka Chopra towards the end of the trailer, leaving a legion of her die hard fans disappointed that the movie is not all about the starlet. The Rock quickly came to her defence on Twitter, writing, “She’s perfect and brings such a force. @priyankachopra #Boss.”

All our fans & press friends in INDIA, @priyankachopra🔥SLAYS our #Baywatch! Trust my plan..
The #Boss💋 is comin'..https://t.co/1ttyGIJXCt

lol…thank you DJ…trusted you from day one. India loves you and will love everything about Baywatch! #Wait4VictoriaLeeds @TheRock https://t.co/dmdA71j9eZ

I luv India 🇮🇳 back! (U already know I luv U;). It's aaaallll in the big picture plan. #Wait4VictoriaLeeds #Boss💋 #Baywatch MEMORIAL DAY. https://t.co/vV4U46GQuU

Looks like Bollywood fans have to wait a bit longer to see their favourite actor’s proper introduction. Till then, it’s all about The Rock, Zac Efron and the sea. Look out for special appearances by David Hasselhoff and Pamela Anderson when the movie premieres in cinemas on May 2017.
[Source 1, 2]
Tags: David HasselhoffDwayne JohnsonPriyanka ChopraThe RockZac Efron
Share1Tweet1Send
No Result
View All Result